Law protects export of sacred Native American items from US 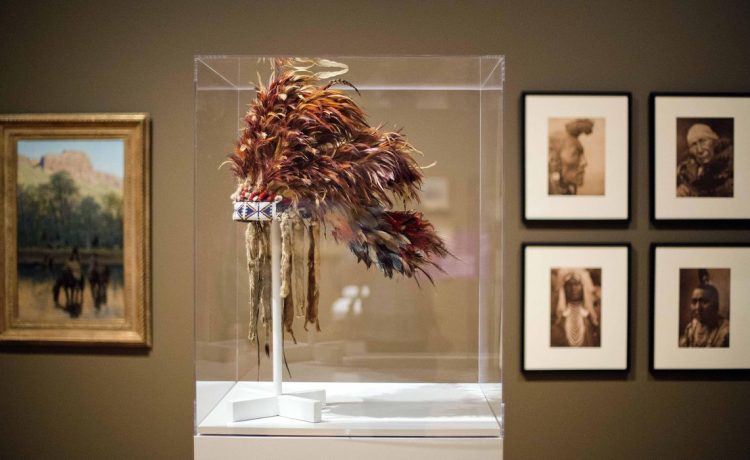 FLAGSTAFF, Ariz. — Federal penalties have increased under a newly signed law intended to protect the cultural patrimony of Native American tribes, immediately making some crimes a felony and doubling the prison time for anyone convicted of multiple offenses.

President Joe Biden signed the Safeguard Tribal Objects of Patrimony Act on Dec. 21, a bill that had been introduced since 2016. Along with stiffer penalties, it prohibits the export of sacred Native American items from the U.S. and creates a certification process to distinguish art from sacred items.

The effort largely was inspired by pueblo tribes in New Mexico and Arizona who repeatedly saw sacred objects up for auction in France. Tribal leaders issued passionate pleas for the return of the items but were met with resistance and the reality that the U.S. had no mechanism to prevent the items from leaving the country.

“The STOP Act is really born out of that problem and hearing it over and over,” said attorney Katie Klass, who represents Acoma Pueblo on the matter and is a citizen of the Wyandotte Nation of Oklahoma. “It’s really designed to link existing domestic laws that protect tribal cultural heritage with an existing international mechanism.”

The law creates an export certification system that would help clarify whether items were created as art and provides a path for the voluntary return of items that are part of a tribe’s cultural heritage. Federal agencies would work with Native Americans, Alaska Natives and Native Hawaiians to outline what items should not leave the U.S. and to seek items back.

Information provided by tribes about those items would be shielded from public records laws.

While dealers and collectors often see the items as art to be displayed and preserved, tribes view the objects as living beings held in community, said Brian Vallo, a consultant on repatriation.

Tribes have seen some wins over the years:

– In 2019, Finland agreed to return ancestral remains of Native American tribes that once called the cliffs of Mesa Verde National Park in southern Colorado home. The remains and artifacts were unearthed by a Swedish researcher in 1891 and held in the collection of the national Museum of Finland.

– That same year, a ceremonial shield that vanished from Acoma Pueblo in the 1970s was returned to the tribe after a nearly four-year campaign involving U.S. senators, diplomats and prosecutors. The circular, colorful shield featuring the face of a Kachina, or ancestral spirit, had been held at a Paris auction house.

– In 2014, the Navajo Nation sent its vice president to Paris to bid on items believed to be used in wintertime healing ceremonies after diplomacy and a plea to return the items failed. The tribe secured several items , spending $9,000.

-In 2013, the Annenberg Foundation quietly bought nearly two dozen ceremonial items at an auction in Paris and later returned them to the Hopi, the San Carlos Apache and the White Mountain Apache tribes in Arizona. The tribes said the items invoke the spirit of their ancestors and were taken in the late 19th and 20th centuries.

The STOP Act ties in with the Native American Graves Protection and Repatriation Act that requires museums and universities that receive federal funds to disclose Native American items in their possession, inventory them, and notify and transfer those items to affiliated tribes and Native Hawaiians or descendants.

The Interior Department has proposed a number of changes to strengthen NAGPRA and is taking public comment on them until mid-January.

“We should always look at the laws we pass as not static but as living laws, so we are able to determine improvements that can be made,” she said.

Leigh Kuwanwisiwma, the former cultural preservation director for the Hopi Tribe, said the enhanced penalties are helpful. But he wants to see countries embrace a principle of mutual respect and deference to the laws of sovereign Native American nations when it comes to what’s rightfully theirs. For Hopi, he said, the items are held by the community and no one person has a right to sell or give them away.

The items can be hard to track but often surface in underground markets, in museums, shows, and auction house catalogs, Vallo said.

He said Finland, Germany and the U.K. shared intentions recently to work with U.S. tribes to understand what’s in their collections and talk about ways to return items of great cultural significance.

“I think if we can make some progress, even with these three countries, it sends a strong message that there is a way to go about this work, there is a mutual reward at the end,” he said. “And it’s the most responsible thing to be engaged in.”