Lawmakers in divided Congress hope for rare unity on China 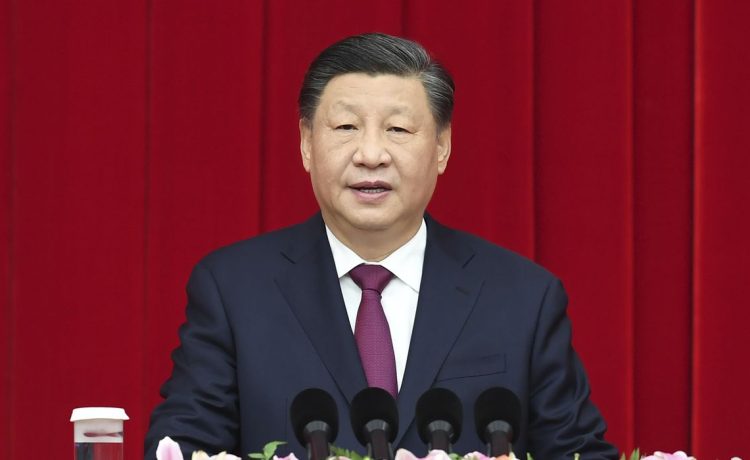 Lawmakers are seeking a bipartisan approach to combating the rapid rise of Beijing, as Republicans plan to make China a priority when they take control of the House next week.

Mr. Gallagher, a leading China hawk in Congress, said the select committee could be the bipartisan avenue for policymaking that the previous GOP task force was supposed to be until Democrats withdrew their participation in 2020. He said Rep. Kevin McCarthy of California, who hopes to be elected speaker this week, is eager for a bipartisan approach.

“One thing I know [Mr. McCarthy] is 100% certain and sincere on is that he wants the Democrats to participate. He didn’t like that they refused to participate in the China task force,” Mr. Gallagher said. “He wants [House Democratic leader] Hakeem Jeffries to appoint serious, sober Democrats to take this effort seriously and believe that wherever possible on China, Congress should be speaking with a united voice.”

Mr. McCarthy, the House minority leader in 2022, named Mr. Gallagher as the select committee chairman last month, signaling China as one of Republicans’ top priorities for 2023.

Congress has long raised national security concerns over China, worries that rose after the coronavirus pandemic, particularly among Republicans who sought to investigate the virus’s origins.

The committee will seek ways to restore U.S. supply chains to reduce dependence on China, strengthen the military, look at Beijing’s human rights abuses, and review the confiscation of Americans’ data and intellectual property.

China just might be one rare area where both parties can come together if recent initiatives in Congress are any indication.

Proposals to ban TikTok in the House and Senate have garnered bipartisan support, as lawmakers cite national security risks that come with the Chinese-owned social media app.

Mr. Gallagher has a bill in the House to ban the app, a measure that’s co-sponsored by Rep. Raja Krishnamoorthi, Illinois Democrat.

The bill is a companion piece to a Senate proposal led by Sen. Marco Rubio, Florida Republican.

That measure has also piqued the interest of Sen. Mark Warner, Virginia Democrat, though he has not yet officially backed Mr. Rubio’s bill.

“TikTok is legally beholden to the Chinese Communist Party, and not only does it collect an alarming amount of information on users, but it could one day be used as a kind of propaganda machine to sway the minds of Americans or spread disinformation,” Mr. Warner told The Washington Post.

Mr. Gallagher also has sponsored bipartisan legislation to take steps against Chinese telecommunications giant Huawei, in line with the Biden administration’s attempts to crack down on the company and other Chinese tech firms.

The administration has added dozens of Chinese companies to a trade blacklist with the U.S.

Neither Mr. McCarthy nor Mr. Jeffries has made announcements on who could serve on the China select committee. But Mr. Gallagher said he’s had early conversations with Democrats to gauge interest in participation.

Rep. Gregory Meeks, New York Democrat and outgoing chairman of the House Foreign Affairs Committee, said he would consider joining the new committee and is willing to open that dialogue with party leaders.

Mr. Meeks said he’s talked to his GOP counterpart on Foreign Affairs, Rep. Michael McCaul of Texas, about taking a congressional delegation to a Pacific Rim region where island nations are most affected by China’s influence. He also cited several issues related to China where both parties can compromise.

“We’re always looking at what they’re doing in the South China Sea and we need to look at where we can work together with our allies and ensure we’re strengthening them, and that should be bipartisan,” Mr. Meeks said.

Mr. Meeks also mentioned shoring up U.S. supply chains as being a bipartisan issue to lessen reliance on China.

Rep. Jim Banks, Indiana Republican, is more skeptical of Democrats’ willingness to work with Republicans to combat China. He cited Speaker Nancy Pelosi and her party’s refusal to participate in the previous GOP China task force.

“It wasn’t that long ago that we did work with Democrats on issues related to holding China accountable and addressing the China threat, but over the last few years a lot of them have been scared into submission to participate,” Mr. Banks said. “Remember Pelosi backed off the China task force a few years ago. It was disappointing she did that because she didn’t want her party to engage in an issue where it was clear Republicans were leading and Democrats weren’t.”

Mrs. Pelosi did not comment directly on the creation of the committee when asked about it, but she said the U.S. should enhance its ability to stand up to China’s alleged abuses.

She cited her bipartisan work in countering Beijing during her time in Congress.

“From the standpoint of values, security, China poses a challenge to us,” Mrs. Pelosi told reporters last month. “It has been one of my issues since I came here, but especially since Tiananmen Square” massacre in 1989.