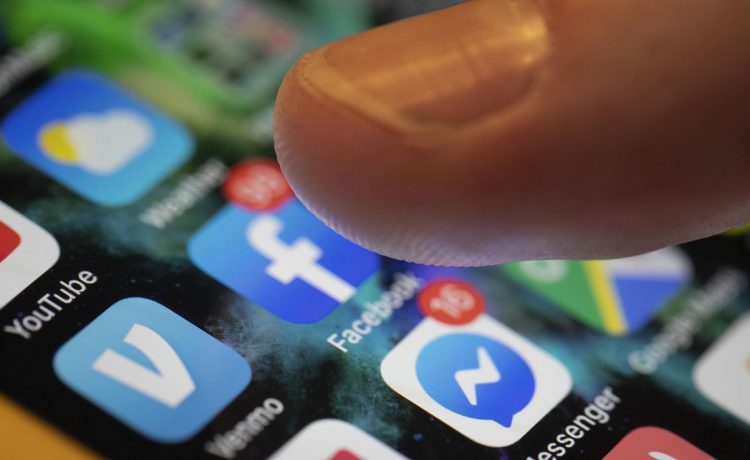 More than 50 government officials across 13 agencies “threatened, cajoled and colluded” with social media companies to silence online speech about topics the Biden administration disliked such as election integrity, the origins of the novel coronavirus and COVID-19 restrictions, according to a lawsuit filed by state attorneys general.

The interaction with Big Tech, the lawsuit said, expanded upon FBI efforts during the 2020 presidential campaign to block social media posts about incriminating evidence found on Hunter Biden’s computer laptop.

Inappropriate speech, according to the lawsuit, includes questioning whether the COVID-19 virus originated in a Chinese lab, the effectiveness of face masks and the verity of 2020 election results.

The lawsuit strikes at the heart of what critics say is a nefarious alliance between Democratic officials and Big Tech to suppress and discredit conservative voices.

According to the attorneys general, this suppression of online speech violates the First Amendment rights of citizens in their states. They said the full impact of the censorship remains unknown.

“These federal bureaucrats leveraged their clout and pressure on social media platforms to become deeply embedded in a joint enterprise with social media companies to procure the censorship of private citizens’ speech on social media,” the attorneys general wrote. “When the federal government colludes with Big Tech to censor speech, the American people become subjects rather than citizens.”

The White House, FBI, along with departments named as defendants did not respond to requests for comment from The Washington Times.

Big Tech companies identified in the suit also did not respond to requests for comment. The tech companies are not named as defendants.

Mr. Schmitt and Mr. Landry recently updated the lawsuit after subpoenas to the tech companies revealed scores of officials were communicating with them about their content.

Meta, which operates Facebook and Instagram, disclosed at least 32 individuals — including top officials from the White House and Food and Drug Administration — communicated with the company about removing content. Google’s YouTube revealed it was in contact with 11 officials, including senior State Department officials.

“The discovery provided so far demonstrates that this Censorship Enterprise is extremely broad,” Mr. Schmitt and Mr. Landry wrote. “It rises to the highest levels of the U.S. government, including numerous White House officials.”

Mr. Schmitt is also the Republican nominee for U.S. Senate in Missouri. Mr. Landry announced last week that he is running for Louisiana governor in 2023.

The lawsuit said that the administration can coerce Big Tech through implicit or direct threats to weaken its dominance, including supporting antitrust legislation, increasing privacy regulation, and removing the shield that protects platforms from liability for content posted by users.

However, the friendly exchanges between administration officials and tech executives show such strong-arm tactics were unnecessary.

The communications showed tech companies were as eager to comply with the Biden administration.

For example, when a Treasury official reached out to Meta executives to discuss “potential influence operations” about COVID-19, the company quickly changed its rules.

In July 2021, after Mr. Biden said Facebook was “killing people” by allowing users to post alleged disinformation about the coronavirus vaccines, an unnamed Meta executive reached out to Mr. Murthy asking if they could “find a way to deescalate and work together collaboratively.”

Roughly a week later, the executive sent another email to Mr. Murthy, the surgeon general, saying Meta in the past week tightened its policies about anti-vaccine misinformation.

In another instance, U.S. Cybersecurity and Infrastructure Security Agency Director Jen Easterly in February 2021 texted a colleague that she was trying to work with Big Tech to enable federal agencies to “prebunk/debunk” alleged vaccine misinformation.

Some of the alleged censorship took place before the Biden administration took over in January 2021, such as the FBI working to suppress information gleaned from the recovered laptop computer that belonged to Mr. Biden’s son, Hunter Biden.

The lawsuit cites Meta CEO Mark Zuckerberg’s statements in August that Facebook did suppress stories related to Hunter Biden and his laptop after a warning from the FBI.

Speaking with podcaster Joe Rogan, Mr. Zuckerberg said Facebook took steps to limit the story from appearing on news feeds because the FBI said it might be Russian disinformation. After the election, several news outlets, including the New York Times, Washington Post and NBC News, said they had verified the authenticity of the laptop after initially dismissing it as a Russian disinformation operation.

“Biden, his allies, and those acting in concert with them, falsely attacked the Hunter Biden laptop story as ‘disinformation,’” Mr. Schmitt and Mr. Landry wrote in their lawsuit.