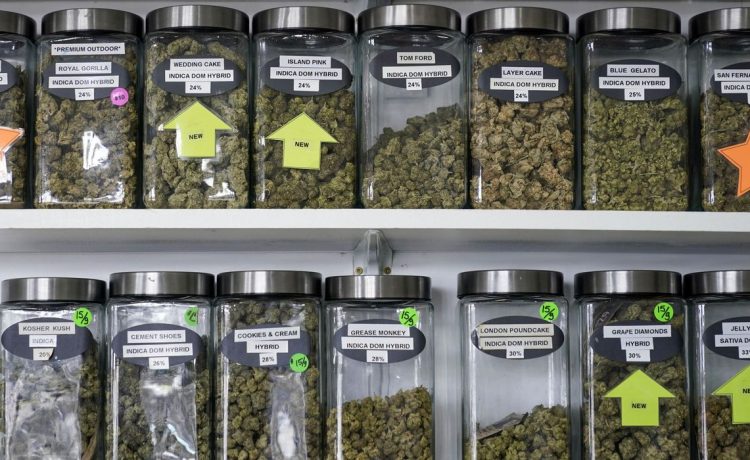 In a class-action lawsuit filed in California against the makers of “Jeeter” brand marijuana products, the plaintiffs claim the products were weaker than advertised on the label.

Cannabis products, such as the pre-rolled marijuana joints at issue in the suit, are often labeled by the percentage of tetrahydrocannabinol, or THC, they contain. THC is the active narcotic chemical in marijuana.

In the lawsuit filed Thursday against DreamFields Inc. and Med for America Inc., consumers Blake Wilson and Jasper Centeno allege that “Testing by independent labs reveals that the true THC content of defendants’ products is materially less than the amount listed on the label. Moreover, the difference is far greater than the 10% margin of error that [California Department of Cannabis Control] regulations permit.”

The brand stresses the strength of its products, with its website claiming that “this is the one joint that will get you to Mars quicker than Elon Musk.”

One Jeeter product cited in the complaint had a stated THC level of 46%, but independent lab testing done last month by the cannabis industry website WeedWeek found that the actual level was “substantially lower, between 23-27% THC. Thus, the THC content was overstated by 70-100%,” the complaint claims.

Another product cited had a stated THC level of 37%, but an actual level somewhere between 26% and 29%, an alleged overstatement of 28-42%, according to the suit.

Mr. Wilson and Mr. Centeno seek punitive damages, an injunction against “Jeeter” manufacturer Dreamfields Brands Inc. and a jury if the suit goes to trial.

“The allegations regarding our THC levels are false. We take pride in our compliance and commitment to state mandated testing procedures, including independent, third-party testing. … However baseless and ridiculous these claims are, we take them very seriously and look forward to the truth coming to light,” Jeeter said in a statement, Cannabis Business Times reported.

DreamFields Inc. and Med for America Inc., which does business under the DreamFields name, have not yet responded to a request for comment from The Washington Times.