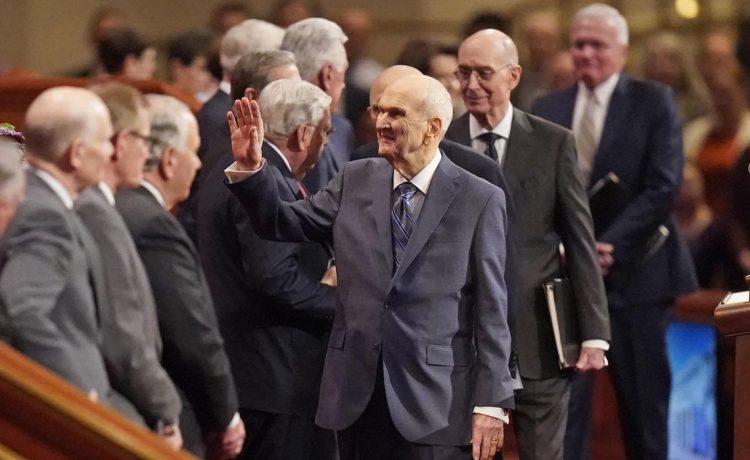 The temple was the first LDS temple to be built on the East Coast of the United States, and its 1974 dedication was led by then-president Spencer W. Kimball. The church said it closed the temple in 2018 for mechanical and electrical systems renovations, as well as to refresh finishes, and furnishings in the 160,000-square-foot facility.

The announcement noted that lockdowns due to the COVID-19 pandemic postponed the originally scheduled December 2020 rededication date. In January, dates for the open house were extended and the rededication was moved from June to August, with the church citing “historic demand” for access during the open house.

Once rededicated, admission to the temple requires LDS Church members to hold a “recommend” from local authorities who have interviewed the individual. The document is valid for two years, the church’s website indicates.

Mr. Nelson will be joined by his two counselors, Dallin H. Oaks and Henry B. Eyring, who along with the leader comprise the group’s highest governing body, the First Presidency. Two members of the Quorum of the Twelve Apostles, the next level of leadership, will also participate: Elders Quentin L. Cook and Gerritt W. Gong. Seven other church leaders will also be in attendance, the announcement noted.

Events such as the rededication are often preceded by a “cultural festival” featuring performances by teens and young adults from the area. However, the announcement did not include such an event, and LDS Church spokesmen did not immediately respond to an inquiry about any planned festival.

The temple sits on 52 acres of land and is a prominent landmark on the Capitol Beltway. The church said it serves 123,000 members in a region that includes the District of Columbia, Maryland, Virginia, West Virginia and Pennsylvania.