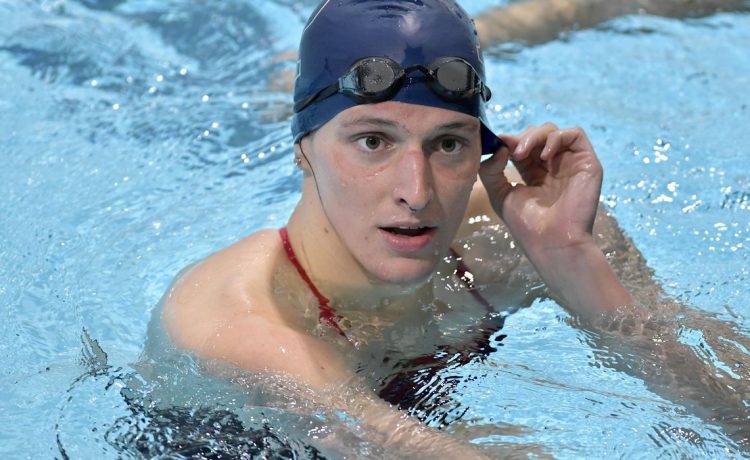 University of Pennsylvania transgender athlete Lia Thomas captured a plethora of awards as a member of the women’s swim team, but one of them won’t be the 2022 NCAA Woman of the Year.

The Ivy League on Monday named Columbia University fencer Sylvie Binder as the conference’s nominee for the annual Woman of the Year title, meaning that she and not Lia Thomas will proceed to the next round.

Penn was hit with a rash of criticism earlier this month after nominating Thomas for NCAA Woman of the Year, fueling the uproar over male-born athletes who now identify as women competing in female sports.

Thomas became the first male-born athlete to win a Division I women’s title with a win in the 500-yard freestyle in March at the NCAA swimming championships.

Before joining the women’s team for the 2021-22 season, Thomas swam for three years on the men’s team, then transitioned to female. Thomas underwent at least a year of testosterone suppression as required at the time under NCAA rules.

“It’s a mockery. That’s what this whole thing has turned into, something we as female athletes have dedicated our whole lives to,” Gaines said on Fox News Channel’s “Tucker Carlson Tonight” program. “It’s something that people are laughing at. It’s an insult. It’s incredibly disheartening. And quite frankly it’s wrong.”

The award, established in 1991, “recognizes graduating female college athletes who have exhausted their NCAA eligibility and distinguished themselves in academics, athletics, service and leadership throughout their collegiate careers,” said the Ivy League press release.

Both Binder and Thomas graduated in May. Binder, a three-time first-team All-American, won the foil title in 2019 and helped lead Columbia to the national title.

The NCAA announced that the field of 577 nominees has been pared down to 151 after each of the conferences selected one athlete to represent them. The list will be further narrowed to 30 in October.

“From there, the selection committee will narrow the pool to three finalists from each division,” said the NCAA. “The NCAA Committee on Women’s Athletics will select the 2022 Woman of the Year from the nine finalists.”

The winner will be announced in January at the NCAA Convention in San Antonio.