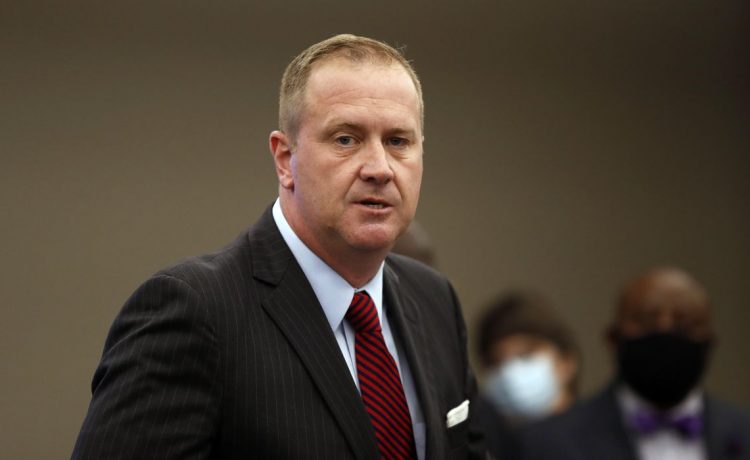 Like Apple and Yahoo, some deep blue cities in bright red states want to help cover costs for women seeking to cross state lines for abortions. But unlike those private companies, the municipalities plan to spend taxpayer dollars.

That may be a problem in states that ban the use of public funds to provide or assist with abortions, a scenario now playing out in Missouri and Ohio.

Missouri Attorney General Eric Schmitt stepped in after the St. Louis Board of Aldermen voted last week to direct $1.5 million from the American Rescue Plan Act to create the Reproductive Equity Fund, designed to provide travel and other “logistical support” for abortion.

“The move by the City of St. Louis to use taxpayer dollars to help push out-of-state abortions plainly and clearly violates Missouri law,” said Mr. Schmitt. “My Office today filed suit to put a stop to Mayor Jones and the City of St. Louis Board of Aldermen’s blatantly illegal move to spend Missourians’ hard-earned tax dollars on out-of-state abortions.”

He cited state law barring the use of public funds to “encourage” or “assist” in accessing most abortions, but St. Louis Mayor Tishaura Jones was undeterred.

“If the attorney general thinks that he knows better than St. Louisans about our rights, doctors or our healthcare or our neighborhoods and our needs, then I say bring it,” said Ms. Jones at a July 21 press conference.

In Ohio, at least four deep blue cities are moving ahead with proposals to provide taxpayer-funded support for abortion and related services, despite a state law banning the use of state or local dollars “for payment or reimbursement for abortion services.”

In Columbus, the city council approved Monday a series of pro-choice measures, including $1 million from the general fund to be split evenly between Planned Parenthood of Greater Ohio and the Ohio Women’s Alliance to provide abortion support.

“That million dollars will go toward things like travel, lodging, childcare, lost wages — financial barriers that get between a person and the abortion that they need,” Liz Brown, the council’s president pro tempore, told WCBE News.

In Cincinnati, the city council voted last month to repeal a 2001 measure excluding elective abortion from the employee health plan, and directing the city manager to add “coverage for elective abortion-related health services.”

Cincinnati assistant city manager Billy Weber told the city council at the June 29 meeting that the staff is working to revise the city’s human-relations policies to provide out-of-state abortion travel.

“The details are still forthcoming, but generally that new policy will cover travel expenses for medical procedures that are not available within 150 miles of the city,” said Mr. Weber. “That includes travel for abortion-related procedures. Since the policy is still being developed, we do not have the details as to the estimated cost of this.”

Cincinnati city solicitor Andrew Garth said the ordinance repealing the ban on elective-abortion coverage “does not expose the city to any legal liability,” but Ohio Right to Life president Matt Gonidakis disagreed.

He said his organization is considering legal action to block the Cincinnati and Columbus measures, as well as similar efforts in Cleveland and Toledo.

“Here’s the problem: There’s this thing called the Ohio revised code. It prohibits both state and local governments from using taxpayer funds to pay for abortion,” said Mr. Gonidakis.

He noted that the state law makes exceptions for rape, incest and to save the life of the mother, but “the way these ordinances are being passed, they’re to cover elective abortions.”

“So they should be sued, whether it’s by the attorney general or by a taxpayer or by Ohio Right to Life,” Mr. Gonidakis said. “We believe all of this is illegal and virtue-signaling at best, and we’re going to fight it profusely.”

In Missouri, abortions are now banned after eight weeks’ gestation except in the case of medical emergency.

Under the Ohio heartbeat law, abortion is prohibited after the detection of fetal cardiac activity, typically at six to eight weeks’ gestation, except in cases of ectopic pregnancy; to prevent the death of the mother, and to prevent “substantial and irreversible impairment of a major bodily function.”

Planned Parenthood of Greater Ohio CEO Iris Harvey said the $500,000 donation shows that the Columbus city council “trusts the choices that residents make for their lives and will welcome back any person who needs to travel out of state to get the abortion they need.”

“I’d say that’s illegal too because of the same statute that prohibits taxpayer dollars to pay for abortion,” he said. “You give a private nonprofit $1 million to help women obtain abortions, it’s the same thing.”

The threat of a prolonged legal battle was enough to deter the St. Louis County Council, which defeated July 19 a proposal to use $1.25 million in federal pandemic aid for items such as out-of-state abortion travel on a 4-3 vote.

County councilman Tim Fitch, who opposed the measure, said that the proposal was “about making a political statement. That’s the only reason they were even trying to do it in the county, and why they did it in the city.”

“The state of Missouri has a law that prohibits using any tax dollars for anything related to abortion, period,” said Mr. Fitch. “So it would have been tied up in the courts even if it passed. The city is going to be tied up in court and they’ll never get to spend a dime, and they know that.”