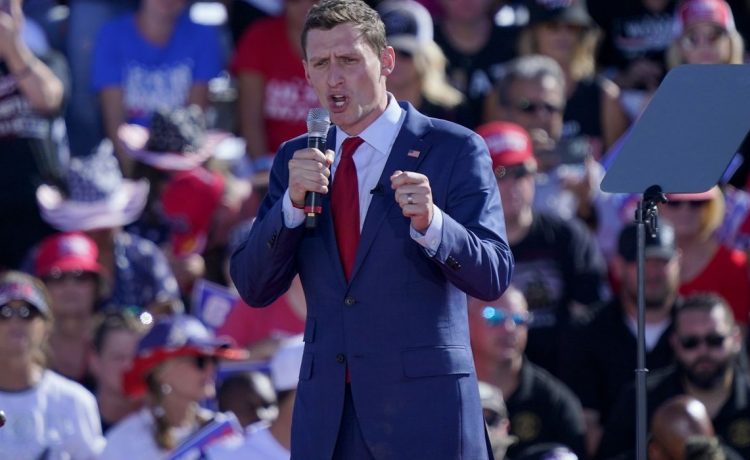 The libertarian running for the U.S. Senate in Arizona pulled the plug on his bid and endorsed Blake Masters, giving the Republican a boost in his race to unseat Democratic Sen. Mark Kelly a week before Election Day.

Marc Victor said he withdrew from the race after having an “unscripted, open and recorded discussion” with Mr. Masters.

“I found Blake to be generally supportive of the Live and Let Live Global Peace Movement,” Mr. Victor said in a statement. “Likewise, we found ourselves in general agreement about how to improve America and advance the cause of freedom and peace.”

Mr. Masters said Mr. Victor “joins a growing list of Arizonans from across the political spectrum who are fed up with open borders, big government corruption and rising crime.”

“This is another major boost of momentum as we consolidate our support against the extreme and radical policies of Mark Kelly and Joe Biden,” he said. “Live and Let Live.”

Mr. Masters has been surging over the final weeks of the campaign, raising the GOP’s hopes of flipping the seat.

Early voting has been underway in Arizona since Oct. 12.