The Great Days > News > ‘Lightyear’ in tailspin at box office in its second weekend, some blame Disney’s woke agenda
News

‘Lightyear’ in tailspin at box office in its second weekend, some blame Disney’s woke agenda 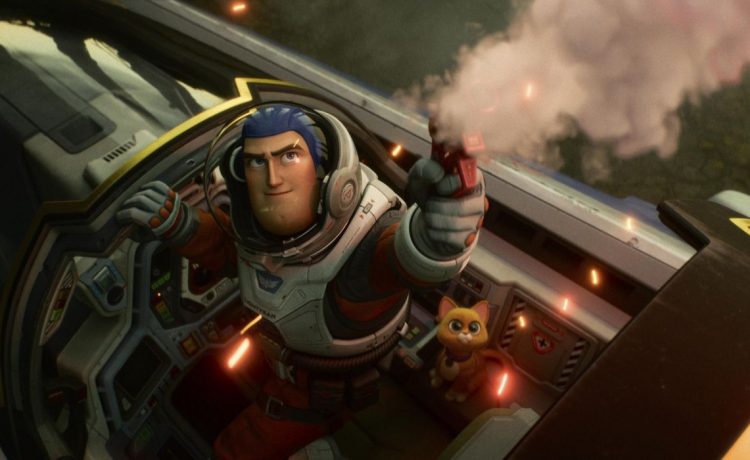 The Pixar flick “Lightyear” went into a nosedive in its second weekend at the box office, dropping more than 60% since its underwhelming debut amid criticism over Disney‘s lurch to the left.

“Lightyear,” the origin story of “Toy Story” character Buzz Lightyear, earned $17.7 million domestically over the June 24-26 weekend, dropping by 65% from its opening weekend for a total domestic gross of $89 million.

The film also fell from second to fifth place at the box office despite showing in 4,255 theaters, more than any other release in the top 10, according to figures posted by The Numbers.

International ticket sales brought the total up to $153 million, a nice haul for most movies but well below expectations for the spinoff of the enormously successful “Toy Story” franchise.

The Rotten Tomatoes weekend box office analysis called it the third-worst second weekend for any Pixar film, adding that the “Lightyear numbers continue to be disappointing.”

“The Toy Story spinoff from Pixar was expected to be one of the biggest hits of the summer movie season. Instead, it’s been a box office disappointment,” said The Week entertainment writer Brendan Morrow in a Monday article.

The film, which cost $200 million to make, was expected to earn $70 to $85 million in its opening weekend, raising speculation that moviegoers may have been turned off by the movie’s political baggage.

“Lightyear” features a kiss between a same-sex couple, which comes after Disney vowed in March to help repeal a Florida bill signed by Gov. Ron DeSantis that bans instruction on sexual orientation and gender identity before fourth grade.

Disney also drew pushback over an internal video showing executives talking about the importance of inserting LGBTQ characters and themes into its children’s entertainment.

At least 14 Middle Eastern and Asian nations have refused to release the film, while China has not yet said whether it will allow the movie unless the kissing scene is cut, which so far producers have refused to do.

Other reasons for the film’s failure to soar include the possibility that audiences are waiting for the film to appear on the Disney+ streaming service.

#Lightyear has gained $17.7M in its second weekend. This is a 65% drop from last week’s. pic.twitter.com/IYaPyrFe40

Pixar fans may have also been less interested in a Buzz Lightyear adventure that doesn’t feature the “Toy Story” ensemble. What’s more, Tim Allen was replaced as the voice of Buzz by Chris Evans, who called those objecting to the smooching scene “idiots.”

The New York Post called the movie a “flop” in a Friday review and pinned the blame on “Hollywood wokeness.”

“Disney‘s decision to spend a couple of minutes of screen time reminding us that it’s a gay-friendly company may well have cost it millions in ticket sales for what was supposed to be its annual Pixar mega-blockbuster,” said film critic Kyle Smith. “Disney has to consider the idea that there might be many Pixar fans who have no problem with gay marriage who nevertheless would prefer the matter be left out of kids’ movies.”