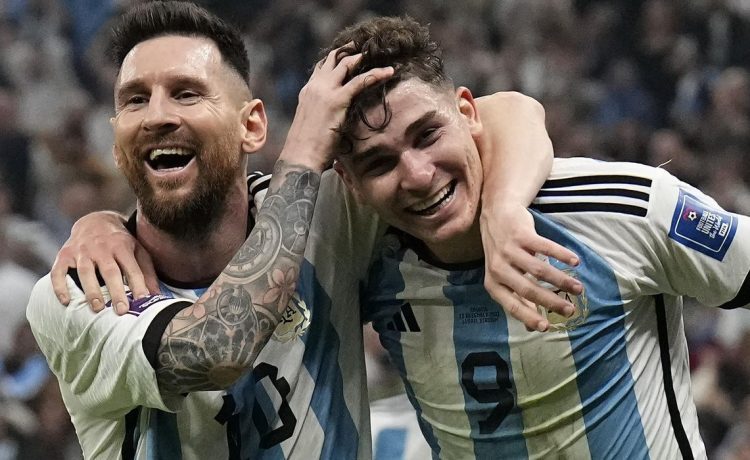 LUSAIL, Qatar (AP) – The Latest from the World Cup final between Argentina and France:

Argentines woke up ready to watch the national team play for its third World Cup title amid a national feeling of unity and joy that is rare for a country that has been engulfed in an economic crisis for years and has one of the worst inflation rates in the world.

Argentina will face France in the final in Qatar and fan Guillermo Ortiz says “the whole city is dressed with the flag.”

Argentina last reached the World Cup final in 2014 but lost to Germany. Everyone in the country agrees the sense of anticipation and excitement for this year’s game is far higher than it ever was for that match in Brazil.

The Argentina superstar’s once-in-a-generation career will be defined – for many – by whether he leads his country to the World Cup title.

Can he finally, at the age of 35, win soccer’s biggest prize to secure his place alongside Pelé and Diego Maradona in the pantheon of the game’s greatest ever players?

Standing in his way is France, the defending champion, and Kylian Mbappé, the player best positioned to take over from Messi and Cristiano Ronaldo as soccer’s marquee name.

That’s if he hasn’t already.

Argentina arguably has the World Cup’s most fervent fans.

They are known for their rhythmical singing, incessant drumming and trance-like ferocity, and the country’s history of success at the World Cup is rivaled by few.

Argentina won the World Cup in 1978 and 1986 and lost in the final three times. This fervor will only grow as Lionel Messi leads Argentina against defending champion France in the final in Qatar.

Argentines take pride in the intensity and they are proud to be known for it around the world. They care deeply about soccer and they are among the best in the world at it.