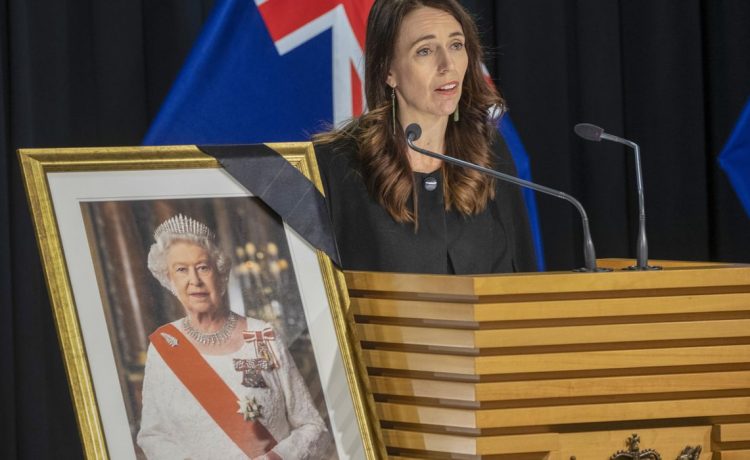 WELLINGTON, New Zealand – New Zealand has announced it will mark the death of Queen Elizabeth II with a public holiday on Sept. 26.

The nation will also hold a state memorial service in the capital, Wellington, on the same day. Prime Minister Jacinda Ardern said Elizabeth was an extraordinary person and many people would appreciate the opportunity to mark her death and celebrate her life.

“As New Zealand’s queen and much-loved sovereign for over 70 years, it is appropriate that we mark her life of dedicated public service with a state memorial service and a one-off public holiday,” Ardern said.

She also said she would be leaving this week for Britain to attend Elizabeth’s funeral.

– For Queen Elizabeth II, Balmoral estate was place to ‘be normal’

– What will happen to all the currencies that feature the queen?

– The queen, as imagined – from punk rock to mystery novels

The White House said Sunday that the president will be accompanied by first lady Jill Biden. The service will be held Sept. 19.

Earlier in the day, Biden remembered the words of comfort that the late monarch had provided to the United States following the Sept. 11 attacks.

“Grief is the price we pay for love,” said Biden, quoting part of the queen’s message to America during remarks on the 21st anniversary of the attacks.

Speaking at a commemoration at the Pentagon, Biden said the queen’s words remain as poignant as they did 21 years ago but the weight of loss also remains heavy.

“On this day, the price feels so great,” Biden said.

Two minutes of silence were held at Doncaster on Sunday. A video was then played on the big screens of the queen at various races through the years, along with some of her greatest triumphs as a racehorse owner.

Horse racing was the big sporting fascination of the queen, who became one of the biggest faces of the sport both in Britain and globally and had more than 1,800 winners.

“No one person ever has, or ever will, do so much for so long for horse racing, than did her majesty the queen,” narrator Brough Scott, a former jockey turned TV presenter, said during the video. “The sport worldwide will forever be in her debt.”

It was followed by a long ovation from the jockeys and officials who lined up for the tribute ceremony.