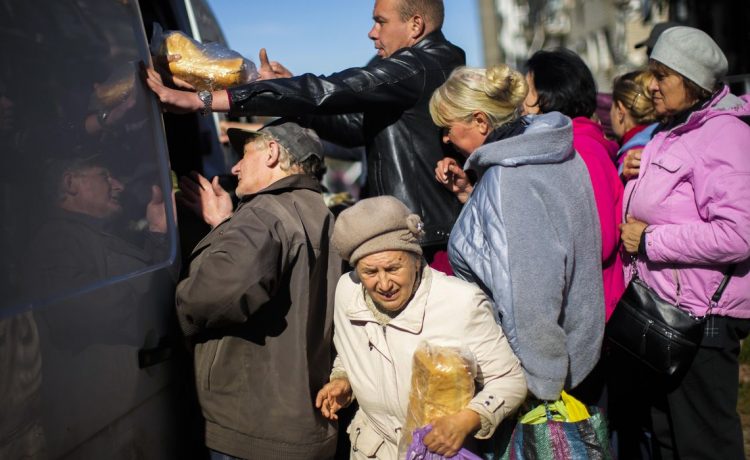 BRUSSELS – Britain says that it will provide missiles for advanced NASAM anti-aircraft systems that the Pentagon plans to send to Ukraine in coming weeks.

Ben Wallace says “these weapons will help Ukraine defend its skies from attacks and strengthen their overall missile defense alongside the U.S. NASAMS.”

The systems, which Kyiv has long wanted, will provide medium- to long-range defense against missile attacks.

The offer comes as NATO defense ministers meet in Brussels, aiming to help bolster Ukraine’s aerial defenses after a widespread Russian assault across the country early this week.

Germany is sending four IRIS-T air defense systems, while France has promised more artillery, anti-aircraft systems and missiles. The Netherlands will send missiles, and Canada said it would give about $50 million more in military aid, including winter equipment, drone cameras and satellite communications.

– EXPLAINER: US weapons systems Ukraine will or won’t get

– Poland sees no signs of interference in oil pipeline spill

– Follow all AP stories on the war in Ukraine at https://apnews.com/hub/russia-ukraine

Mykolaiv regional governor Vitali Kim said an 11-year-old boy was pulled out alive Thursday after six hours under the rubble, while rescuers are searching for seven more people.

Mykolaiv Mayor Oleksandr Sienkovych said the building’s top two floors were completely destroyed in a single strike and the rest of the building was left in rubble.

ANKARA, Turkey – President Recep Tayyip Erdogan says his country aims to keep up its effort to help reach peace between Russia and Ukraine despite ongoing fighting.

Erdogan made the comments Thursday in Astana, Kazakhstan – where he is attending a regional summit – before a planned meeting with Russian President Vladimir Putin.

“Our goal is to continue the momentum that has been achieved and bring an end to the bloodshed as soon as possible,” Erdogan said in his address to the summit of the Conference on Interaction and Confidence-Building Measures in Asia.

He was referring to agreements that Turkey helped broker, which allowed Ukrainian to resume grain exports and led to a prisoner swap between Ukraine and Russia.

“We are all closely experiencing the effects of the crisis in Ukraine on a regional and global scale,” Erdogan said. “I always say that a just peace can be established with diplomacy, that there are no winners in war and no losers in equitable peace.”

Turkey has retained close ties with both Moscow and Kyiv and has repeatedly offered to organize peace talks between Russia and Ukraine.

Kyiv regional governor Oleksiy Kuleba said the strike occurred around Ukraine‘s capital city. It wasn’t yet clear if there were any casualties.