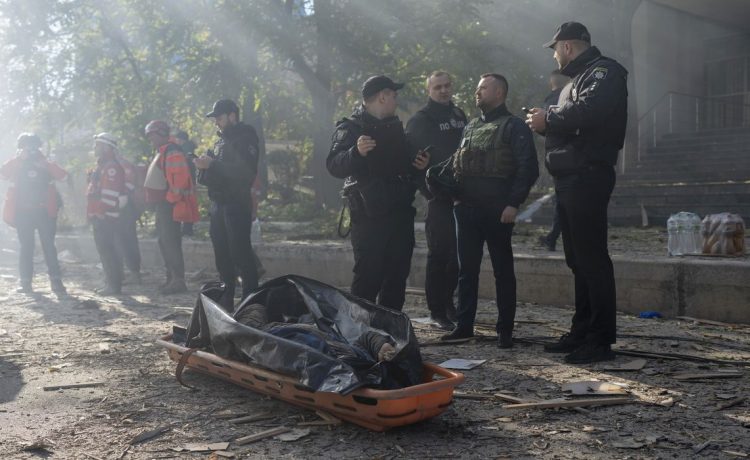 KYIV, Ukraine – Ukraine’s capital is reeling from a Russian barrage of suicide drones packed with explosives, which killed at least three people.

The blasts set fire to Kyiv buildings and sent people scurrying to air raid shelters. Some tried to shoot down the kamikazes.

One of the drones slammed into a residential building, killing three people, according to the deputy head of the Ukrainian president’s office, Kyrylo Tymoshenko.

The attack came a week after Russia unleashed its most widespread strikes against the country in months and as Moscow struggles to halt a Ukrainian battlefield counteroffensive.

Kyiv’s daily life soon resumed in a city that has become grimly accustomed to attacks.

The attack Monday struck a power substation on Ukrainian territory that supplies power to the plant, Energoatom said.

The plant is the largest nuclear power plant in Europe. While it six reactors have been shut down due to the fighting, it needs power supply to ensure critical safety systems remain operational.

Those power supplies have been repeatedly taken offline, forcing the plant’s operator to temporarily use diesel generators to power the safety systems.

Energoatom repeated its call for a demilitarization of the plant and the withdrawal of Russian forces that surround it.