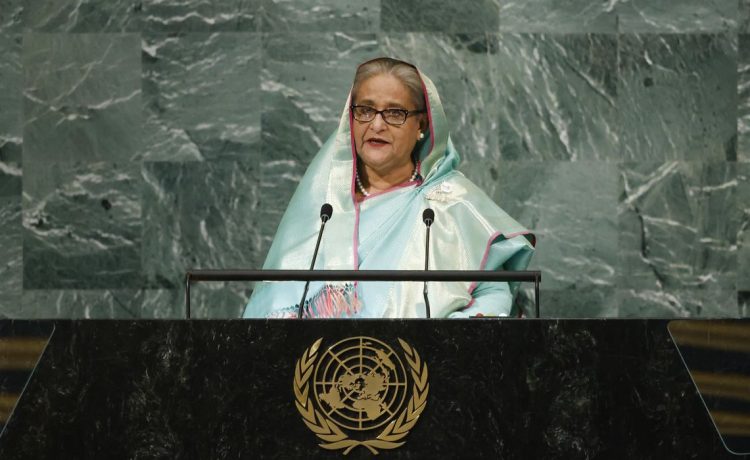 Bangladeshi Prime Minister Sheikh Hasina on Friday said she wanted an immediate end to the war in Ukraine, as well as the related sanctions, for the sake of lives and livelihoods of the people across the world.

“Due to sanctions, and counter-sanctions, not a single country, rather the entire mankind, including women and children, is punished,” Hasina told the 77th session of the United Nations General Assembly, pointing to her own country’s high inflation.

Hasina also noted the fifth anniversary of the mass exodus of Rohingya refugees to Bangladesh, which has sheltered more than 1 million of them from neighboring Myanmar. Hasina said the world should work to repatriate them to Myanmar.

“Not a single Rohingya was repatriated to their ancestral home Myanmar, despite our bilateral engagements with Myanmar, discussions with partners in trilateral format and engagements with the U.N. and other partners to assist Myanmar to create necessary conditions for safe and dignified repatriation,” she said.

Hasina called climate change one of the biggest threats to humankind and demanded that the world community promote inclusive action to fight it.

“In the past, we have seen a vicious cycle of promises being made and broken,” she said. “We must now change this course.”