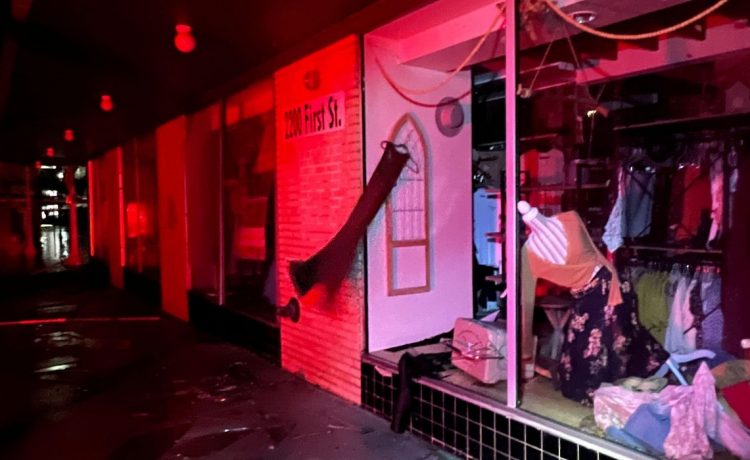 The Latest on Hurricane Ian (all times local):

NAPLES, Fla. – Along Interstate 75, the main highway connecting the Miami and Naples areas, utility trucks from Texas – flanked by pickup trucks with flashing yellow beacons – made their way west early Thursday toward the area of southwest Florida ravaged by Hurricane Ian.

Also along that path were pickup trucks loaded with generators, gas cans and other storm recovery supplies.

Naples Fire Chief Pete DiMaria said that his firefighters had to wade through the water to make rescues on foot.

“We made a couple of rescues where we had to actually walk from the fire station about two blocks to rescue a couple that was stuck in their house that was flooding rapidly,” DiMaria said Thursday on NBC’s “Today.”

Meanwhile, in South Carolina, where Ian’s second U.S. landfall as a strong tropical storm was predicted Friday, officials didn’t order evacuations, but warned the storm needed to be taken seriously.

Flooding appeared to be the main threat, both from rain and days of onshore winds piling ocean water inland.

– Hurricane Ian strikes Florida hospital from above and below

DELTONA, Fla. – A 72-year-old man died after going outside early Thursday to drain his swimming pool during the storm, the Volusia County Sheriff’s Office said.

Deputies were called to the home in Deltona, near Daytona Beach on Florida’s Atlantic coastline, around 1 a.m. Thursday.

The man’s wife told deputies that he disappeared after heading outside around 1 a.m. Deputies found his flashlight and then found him in a canal behind his home. The man was not responsive, deputies said.

He was pulled from the water, and deputies performed CPR until paramedics arrived, the statement said.

Investigators said it appears he was using a hose to drain the pool down a hill and into a 30-foot-wide canal. The steep decline into the canal was “extremely soft and slippery due to the heavy rain.”