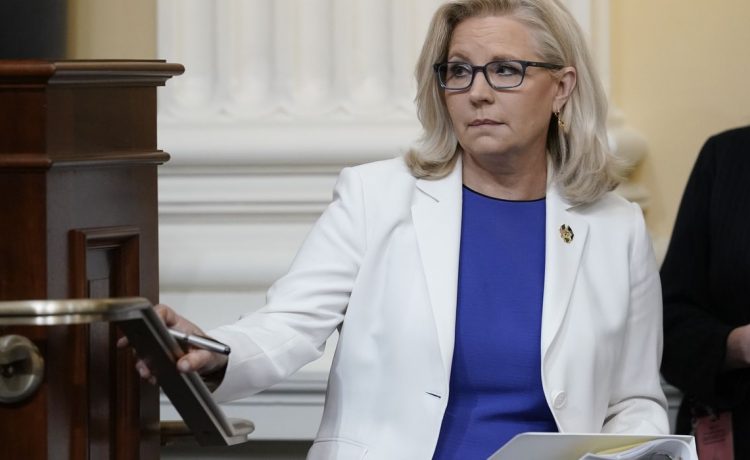 Rep. Liz Cheney is trailing her Republican challenger in Wyoming’s upcoming GOP primary by nearly 30 points, according to a new University of Wyoming survey.

Among Wyoming residents likely to vote in the state’s Republican primary on Tuesday, 57% support Trump-endorsed Harriet Hageman versus just 28% who back Ms. Cheney, with 10% undecided and the rest backing several other candidates.

“The race for the Republican nomination appears to be a referendum on Cheney, as it usually is when an incumbent seeks reelection,” says Jim King, a professor of political science at the University of Wyoming.

The biggest drag on the incumbent congresswoman is that she is polling at about 15% among registered Republicans in the deep-red state, which hasn’t elected a Democrat to the U.S. Congress in more than 40 years and hasn’t backed one for president for longer than that.

Roughly half the state’s population of registered Democrats likely to vote in the primary season say they will vote in the Republican primary. Of them, 98% support Ms. Cheney.

However, just 8% of the likely voters in the GOP primary identify as Democrats and 21% identify as independents.

She was later hand-picked by House Speaker Nancy Pelosi of California to serve as vice-chair of the Democrat-dominated House panel to investigate the attack.

Last year, House Republicans voted to remove Ms. Cheney from the No. 3 post among House GOP conference leadership, saying her loud opposition to Mr. Trump, who continues to wield immense influence within the party, had become a distraction.

Mr. Trump has thrown his weight around ahead of this year’s congressional primaries, backing “MAGA Republicans” in states across the country calling for a red wave to turn the tide in the Democrat-controlled House.

In May, Mr. Trump sought to drive a wedge between Ms. Cheney and Wyoming voters calling her a Democratic “lapdog” in a campaign-stall rally in the state to bolster support for Ms. Hageman.

Ms. Cheney has continued to dig into Mr. Trump’s involvement in the Capitol riot, pulling no punches against the former president in a series of public hearings by the committee over the summer.

An overwhelming number, 83%, of Ms. Cheney’s Wyoming supporters said they have followed the committee’s hearings very closely or somewhat closely, according to the survey. By contrast, 57% of Hageman supporters say they have been following the hearings not too closely or not closely at all.

The survey, which was conducted from July 25 to Aug. 6, yielded 562 responses and had an error margin of 4 percentage points.