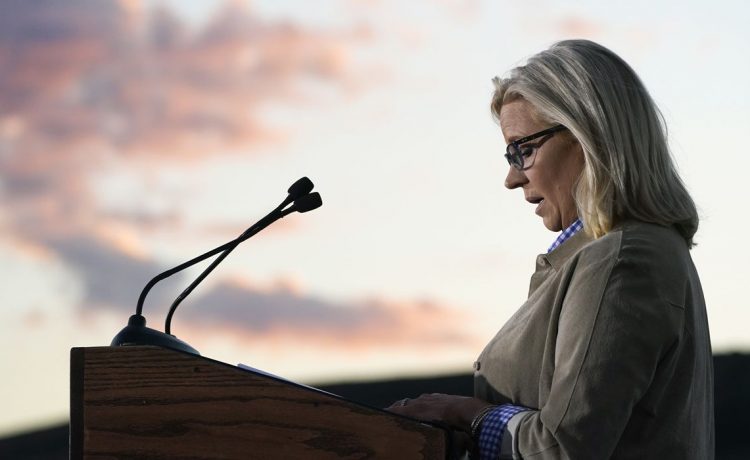 Rep. Liz Cheney teamed up with a Democratic colleague on the House Jan. 6 committee to push a rewrite of the Electoral Count Act that they say will ensure “future efforts to attack the integrity of presidential elections can’t succeed.”

Ms. Cheney, Wyoming Republican, and Zoe Lofgren, California Democrat, plan to introduce legislation to make the fix. They said it is critical because former President Donald Trump continued claims that the 2020 election threatens to spur others to change the outcome of future elections.

“This raises the prospect of another effort to steal a presidential election, perhaps with another attempt to corrupt Congress’s proceeding to tally electoral votes,” the lawmakers wrote in an op-ed previewing the legislation in The Wall Street Journal.

The bill could get a vote in House as soon as this week. It could be the last bill authored by Ms. Cheney, who lost in the Republican primary last month because of intense blowback from GOP voters over her anti-Trump stance.

Ms. Cheney and Ms. Lofgren proposed four changes to the 1887 law that they say will ensure the U.S. does not again return to the brink.

The legislation would “reaffirm” that the vice president has “no authority or discretion to reject official state electoral states” or materially influence Congress’ electoral count while presiding over the proceedings.

The lawmakers also propose measures to narrow the scope of objections to electoral slates that may be raised by lawmakers to ensure “Congress doesn’t sit as a court of last resort.”

“If any objections are allowed during the joint session, grounds should be limited to the explicit constitutional requirements for candidate and elector eligibility and the 12th Amendment’s explicit requirements for elector balloting,” they said. “Objections would require one-third of each chamber to be entertained and majority votes to be sustained.”

Ms. Cheney and Ms. Lofgren also propose a measure to allow presidential candidates to sue state governors or election officials who interfere with the transmission of “lawful election results” to Congress.

“These suits would occur before Congress counts electoral votes, and should ensure, in all cases where one candidate has the majority of electoral votes, that Congress’s proceeding on Jan. 6 is purely ministerial,” they said.

Lastly, the new legislation would ensure that state election officials cannot change rules governing an election after it has already occurred.

“The Constitution assigns an important duty to state legislatures, to determine the manner in which the states appoint their electors,” the lawmakers wrote. “But this shouldn’t be misread to allow state legislators to change the election rules retroactively to alter the outcome.”

The intent behind their bill is to “preserve the rule of law for all future presidential elections by ensuring that self-interested politicians cannot steal from the people the guarantee that our government derives its power from the consent of the governed,” they said.

The House Jan. 6 committee, which held a series of public hearings over the summer detailing Mr. Trump’s efforts to overturn the results of the 2020 elections, is expected to continue its investigation through the fall.

The lawmakers said the committee will have “more to say in the months to come” about the “full extent” of Mr. Trump’s efforts.