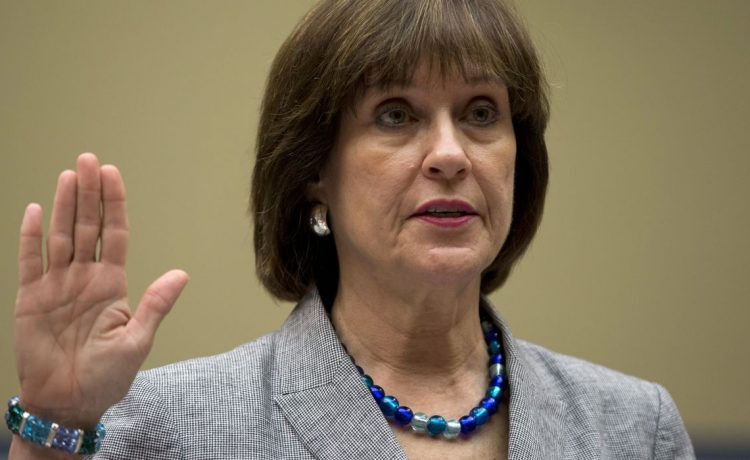 Lois Lerner claimed to have little knowledge of the tea party movement and what it stood for, even as she oversaw the IRS’s intrusive scrutiny of tea party groups’ applications for nonprofit status, according to newly released transcripts of a long-secret deposition she gave.

In her 2017 testimony, given in a class action lawsuit brought by tea party groups whom the IRS admitted were wrongly treated, Ms. Lerner portrayed herself as a cog in the machine, trying to figure out how to process cases efficiently, rather than the anti-conservative crusader her private comments suggested.

She brushed aside her own email to colleagues about joining a pro-Obama group ahead of the 2012 election as “a joke,” and defended venomous remarks about the GOP, saying those were made in her personal capacity and didn’t infect her official work.

“Mistakes being made in cases do not translate into IRS is politically motivated,” she said in the deposition.

Ms. Lerner told Edward Greim, the lawyer who deposed her, that she “knew there was a tea party movement,” and had a vague sense they were conservative, but didn’t know anything else.

“I didn’t pay much attention to it,” she said.

When asked about the tea party movement’s specific activities, she said she “didn’t have any understanding.”

“Did you know the kind of issues that they advocated for and against?” Mr. Greim asked.

It was a startling statement — and one that was tough to buy for those who’d been targeted by the IRS.

“My response is that she’s lying,” said Catherine Engelbrecht, who founded King Street Patriots and True the Vote, which faced intrusive scrutiny by the IRS. “If you read the questions we were asked by the IRS there is no doubt but that we were being intentionally targeted. Not only did she know full well what she was involved with, she led the effort.”

Ms. Lerner, in the deposition, made clear she didn’t agree with the IRS’s decision to put her on administrative leave in May 2013 after the news of the scandal broke. She said could have been reassigned rather than shown the door.

She was ordered to leave immediately and lost access to her work computer and email account. She never returned to the office but was allowed to voluntarily resign on Sept. 30, 2013, with her benefits intact.

The deposition’s release comes at a moment when the IRS itself is getting renewed attention. Democrats powered through Congress earlier this month legislation to pump $80 billion into the agency over the next decade — good enough to hire 87,000 more employees, according to IRS estimates.

Republicans, who stripped funding from the IRS in the wake of the tea party targeting scandal, said the new funding could entice the tax agency into more mischief.

Ms. Lerner and an IRS colleague, Holly Paz, had fought to keep their depositions secret at the time in 2017. They convinced the federal judge overseeing the case that their lives would be endangered by the release of their testimony.

In the ensuing years the IRS officially apologized for wrongly targeting groups, and the government agreed to a multi-million dollar settlement with tea party groups in the Ohio case.

Yet a request to unseal the depositions remained before the judge, who earlier this year finally gave the OK for release, albeit with a few redactions. On Aug. 1, four depositions, two each from Ms. Lerner and Ms. Paz, were unsealed, along with a series of legal filings that were based on the depositions.

In some cases, tea party applications at the IRS languished for years while the agency debated whether to grant their status. And along the way some faced inappropriate questions about their activities.

The inspector general would later conclude that some liberal-leaning groups also were singled out because of their names.

In nearly a decade since the IRS scandal went public, the tea party movement has dissipated, consumed by the more formidable political storm that is former President Donald Trump.

But in 2009, when the IRS’s scrutiny began, the tea party was the story in politics, emerging as the chief opposition movement against President Obama — which makes Ms. Lerner’s professed ignorance all the more striking.

Ms. Lerner’s lawyer didn’t respond to a request for comment for this article.

At the time the scandal broke, Ms. Lerner cited her Fifth Amendment right to remain silent in refusing to answer questions from Congress about her actions.

Previously released emails from her time at the IRS gave some insight into Ms. Lerner’s thinking, but the newly unsealed depositions go much deeper, putting her on the spot to defend and explain what she was doing and thinking at the time.

“This is a window into the mind of the person who organized and oversaw the tea party targeting effort,” Mr. Greim told The Times.

The targeting scandal blew up in the middle of May 2013 when the IRS’s inspector general released a report finding that the agency did subject tea party groups to illicit scrutiny, asking intrusive questions they shouldn’t have asked and delaying approvals in some cases for years.

Knowing the report was coming, Ms. Lerner planted a question at an American Bar Association conference several days ahead of time so she could try to detonate the bomb herself.

She said groups with names that included the words “tea party” or “patriot” in their names had earned “inappropriate” scrutiny, but said it was a result of overzealous “front-line people” at the IRS’s Cincinnati office, not a partisan attack out of Washington.

In fact, Ms. Lerner and officials in Washington were intimately involved in conversations with Cincinnati about how the groups were treated, and tried to pull the cases out of Ohio and centralize them at headquarters.

At one point Ms. Lerner labeled the tea party cases “very dangerous.” She speculated that if a case reached the Supreme Court it could result in the 2010 Citizens United ruling, which extended political speech protections to groups that filed as political committees with the Federal Election Commission, being extended to tax-exempt organizations too.

In one email to someone whose name is redacted from the deposition transcript Ms. Lerner, a former FEC employee, called Citizens United “by far the worst thing that has ever happened to this country.” She also said “We are witnessing the end of America” because of the influence of money.

In the deposition she characterized those kinds of comments as jokes and characterized her support of stricter political speech disclosure requirements as a matter of cutting her workload.

“If that were true and they had to reveal their donors, they would no longer be sending me lots of applications and I wouldn’t have to be processing them. So it would take care of some of my inventory,” she said.

She denied ever seeing the “Be on the lookout,” or BOLO list, that the IRS used to single out tea party applications for extra scrutiny, though she did admit to directing her employees to change the labeling of the list.

“I remember directing Holly and Cindy that calling these cases Tea Party cases was incorrect, that they should be focusing on the issues in the cases, not who the organizations were, and that they needed to reflect the issues as advocacy issues. That’s what I recall,” she said.

Through much of her testimony Ms. Lerner portrayed herself as a functional bureaucrat trying to keep IRS operations running smoothly, with little worry about the nature of the political storm brewing under her.

“It is not my job as director of Exempt Organizations to have an opinion one way or the other about those things. My job is to follow the law and process the applications,” she said.

At one point she denied having directed Ms. Paz to sit in on all of the interviews TGTA was doing with her people. But moments later she was confronted with an email from Ms. Paz describing exactly that directive from Ms. Lerner. Mr. Greim asked her if that refreshed her memory.

She couldn’t validate an email she’d sent that called Republicans “evil and dishonest,” called President Lincoln “our worst president” and said he “should have let the South go.”

Other times Ms. Lerner showed exacting precision in her deposition, including when Mr. Greim asked her about the inspector general’s “investigation.”

Mr. Greim at one point confronted her with a lengthy set of emails she wrote along those lines attacking Republicans and expressing solidarity with Democrats, including one where she wondered whether she could “get the D.C. office job” for Priorities USA, a leading advocacy group that at the time was backing President Obama’s re-election.

Mr. Greim asked her directly: “Ms. Lerner, did you harbor an animus against conservatives like the Tea Party groups?”