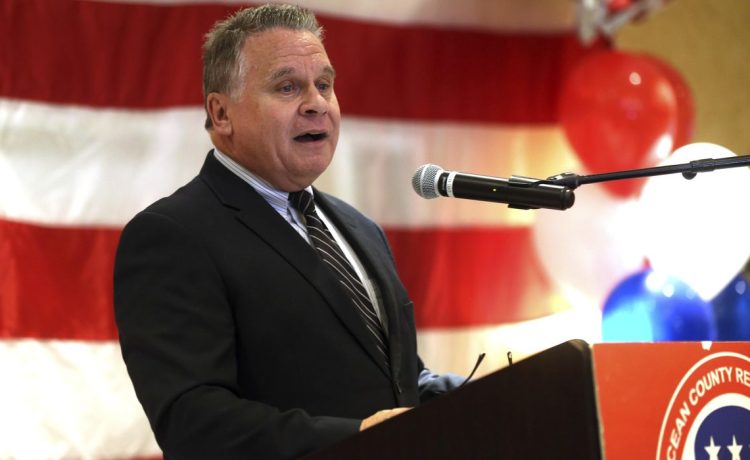 The New Jersey Republican was tapped by Speaker Kevin McCarthy to lead the Congressional Executive Commission on China, and promises to highlight forced labor, religious crackdowns, and other alleged abuses by the Chinese Communist Party against its people.

Mr. Smith’s work also will complement, rather than compete with, the newly created Select Committee on China, which will be chaired by Republican Rep. Mike Gallagher of Wisconsin.

“It’s not that we have too many committees or commissions [on China.] It’s that we haven’t had enough,” Mr. Smith told The Washington Times in an interview.

House Republicans have made China a top issue of their agenda, bringing a floor vote to create Mr. Gallagher’s select committee in their second week. It passed with widespread bipartisan support.

Mr. McCarthy promised Democrats he would foster a bipartisan commitment to combating the rapid rise of Beijing.

“That is my hope, my desire, my wish that we speak with one voice and that we focus on the challenges that we have,” Mr. McCarthy said.

Mr. Gallagher said he wants to seek ways to restore U.S. supply chains to reduce dependence on China, strengthen the military, review the confiscation of Americans’ data and intellectual property, as well as how to combat human rights abuses.

Democrats have also been eager to pursue work on China, though House Minority Leader Hakeem Jeffries of New York has not yet named which of his colleagues will be serving on committees.

Lawmakers across the aisle have commended the work of the commission in the past. Established in 2000, the congressionally-mandated Commission — which includes presidential appointees serving in the administration — is charged with monitoring China’s compliance with international human rights standards, encouraging the development of the rule of law in China, and identifying victims of human rights abuses.

In a 2021 speech, then-House Speaker Nancy Pelosi commended Mr. Smith, as well as his Democratic counterpart Rep. Jim McGovern of Massachusetts, as being “relentless, persistent advocates for human rights in China.”

Mr. Smith has long been a China hawk on Capitol Hill, now in his 22nd term in the House.

Mr. Smith has chaired 76 congressional hearings throughout his career related to human rights abuses in China. He also chairs the subcommittee on global human rights under the House Foreign Affairs Committee.

He has been sanctioned by China for his work to amplify human rights abuses, which Beijing denies. That hasn’t stopped him from speaking up on the issues.

“Silence is not an option,” Mr. Smith said. “We really need to come to that point of realization that China is an egregious violator of our human-trafficking laws.”

Mr. Smith laid out a series of allegations against the Chinese Communist Party, including religious crackdowns on Christians and Muslims, as well as those who practice Falun Gong.

The lawmaker also cited practices such as aborting female babies, harvesting organs, and waging crimes against ethnic minority Uyghurs in the northwest region of Xinjiang.

Human rights groups believe China has detained over one million Uyghurs against their will in “re-education camps.” Hundreds of thousands have been sentenced to prison terms.

“In plain sight, he is committing a genocide,” Mr. Smith said of Chinese President Xi Jinping.

Mr. Smith has introduced several bills in the past, including proposals to remove CCP-influenced Hong Kong economic and trade offices from the U.S. and stopping funding for organizations that enable China’s forced abortion and involuntary sterilization policies.

Though China is one of the few areas for bipartisan work in Congress, some Democrats have been critical, saying Republicans’ focus on it could foster anti-Asian sentiment.

Mr. Smith said he wants to make clear the distinction between the Chinese people and the Chinese Community Party in his work.

“We stand with the Chinese people,” he said. “They’re the ones who are being oppressed. We should not be standing with the oppressor.”