Looming cuts to Medicare overshadowed by spending fight in Congress 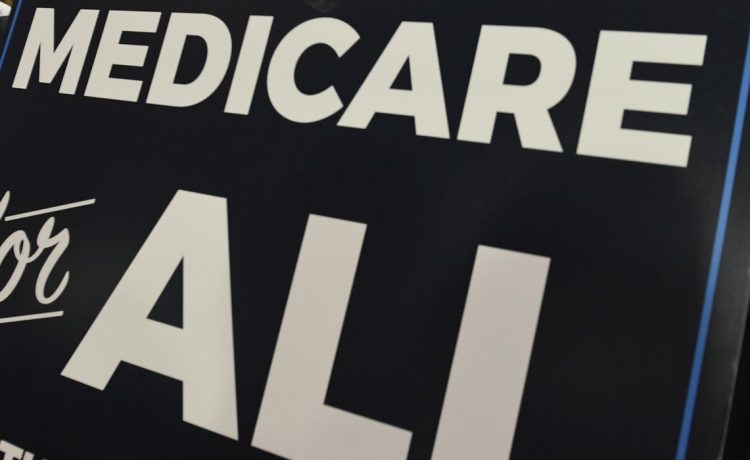 While Congress wrangles over a last-minute government spending bill, it faces an end-of-year deadline to stop significant reductions in Medicare funding, which healthcare officials said would cause damaging cuts to hospitals and reductions in healthcare for seniors.

Congress typically acts to stop the annual automatic cuts known as PAYGO. The automated reductions were implemented by the Democrat-led Congress in 2010 without any GOP support and they impact Medicare as well as some other non-discretionary spending.

But a heightened desire by Republicans to curb runaway federal spending, coupled with the GOP’s pending takeover of the House majority, have left the cuts on the table as lawmakers get ready to adjourn for the year.

“There’s just a lot of pent-up demand for discipline and deficit reduction as the majority shifts, and certainly as the party looks to rein in some of the domestic spending,” a lobbyist working to stave off the cuts and who requested to remain anonymous, told The Washington Times.

Fiscally conservative GOP lawmakers in both chambers have been demanding Congress take steps to end what has been a nearly three-year spending binge that began during the COVID-19 pandemic in 2020 and continued through 2022 under President Biden and a Democrat-controlled Congress.

In 2019, the year before the pandemic began, the federal government spent $4.4 trillion but that number jumped to nearly $6.5 trillion in 2020, $6.9 trillion in 2021 and $6.3 trillion in 2022 thanks in part to the nearly $2 trillion COVID relief package, known as the American Rescue Plan, that Democrats passed over GOP opposition.

The federal government is on track to spend roughly $6 trillion in fiscal 2023.

“That is the result of all of this completely out of control COVID relief spending,” Sen. Ron Johnson, Wisconsin Republican, told The Washington Times.

The 4% cut to Medicare is triggered automatically at the end of each session of Congress if the net total deficit increased for the calendar year. It blew past that threshold in 2022, Matthew Dickerson, a senior policy advisor on federal spending for the conservative Heritage Foundation, said.

Mr. Dickerson said the Democrats passed the automatic cuts into law without any Republican support 22 years ago in response to tax cuts put in place by Mr. Obama’s predecessor, President George W. Bush.

“It was a political messaging exercise,” Mr. Dickerson said. “Now it’s come back to bite them because they overspent in the American Rescue Plan and the rules that are in place require them to offset some of their spending increases.”

At the time it was passed, the Obama administration called the automatic cuts a “return to the rules of the 1990s when statutory PAYGO enforced the tough choices that moved the budget from large deficits to surpluses, and the President believes it can help to move us in that direction today.”

But Congress has waived the cuts every year since Mr. Obama signed the law and hospitals and doctors are clamoring for lawmakers to block the cuts again this year before Congress adjourns next week.

Healthcare officials are warning the reductions would be “ruinous” to senior care and result in doctors dropping Medicare patients.

The American Hospital Association wrote to Congressional leaders urging them to stop what they said would result in $10 billion in cuts to hospital providers next year.

“Additional Medicare reductions to providers are not sustainable and put at risk our members’ ability to care for their patients,” the group warned.

Under the PAYGO law, hospitals are slated for a 4% reduction in Medicare payments. The cuts are much worse for physicians, who face a 4.5% reduction in reimbursements under a new “Physician Fee Schedule” announced by Medicare in November, in addition to the 4% cuts under PAYGO.

“These cuts will be ruinous to their practices and compromise the care they can provide to their patients,” Greg Jasani, a Baltimore emergency room physician, wrote in Stat News, a health and medicine newsletter. Dr. Jasani said the cuts would reduce care to seniors, forcing more patients into emergency room care.

“People who are shut out of primary care will increasingly turn to emergency departments to meet their needs, needs these departments and their practitioners were never designed to meet,” Dr. Jasani wrote.

A bipartisan pair of physician lawmakers in the House are pushing to get Congress to stave off the cuts.

An aide to Mr. Bucshon said the lawmakers are working to get the provision passed before Congress adjourns. Industry experts say the cuts are often waived in the end-of-year spending legislation but there’s no word yet whether lawmakers plan to include that language in the fiscal 2023 spending bill they are working to pass by the end of next week.

Under the PAYGO statute, unless lawmakers block the cuts, they would take effect 14 business days after Congress adjourns.