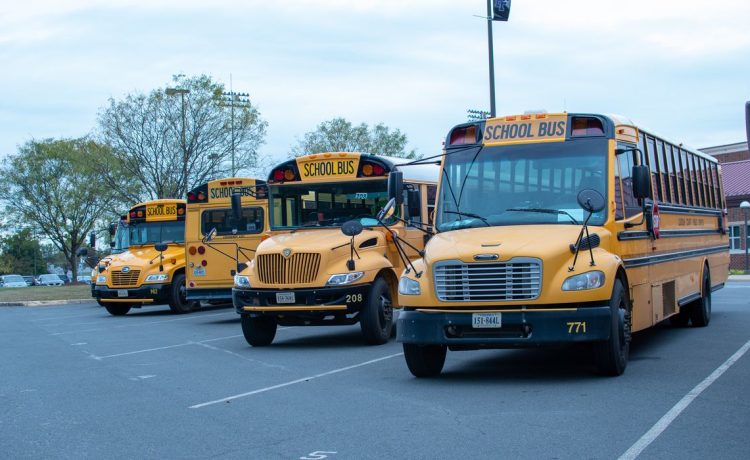 A special grand jury report unsealed Monday slammed the response by Loudoun County Public Schools to two sexual assaults committed last year by the same assailant, concluding that the second attack was preventable and that administrators “failed at every juncture.”

The 92-page report by the nine-member panel found that school officials were “looking out for their own interests instead of the best interests of LCPS” in their response to the assaults, which led to a “stunning lack of openness, transparency, and accountability both to the public and the special grand jury.”

“There were several decision points for senior LCPS administrators, up to and including the superintendent, to be transparent and step in and alter the sequence of events leading up to the October 6, 2021, [Broad Run High School] sexual assault,” said the report. “They failed at every juncture.”

The special grand jury, empaneled in April by Virginia Attorney General Jason Miyares, offered a host of recommendations, including improving transparency with parents, reevaluating its transfer policy, and improving communication between agencies.

While highly critical of the school district, the report concluded that there was no coordinated cover-up between the administration and the school board, finding that board members were also “deliberately deprived of information regarding these incidents.”

In a statement, Loudoun County School Board chair Jeff Morse and vice chair Ian Serotkin said they were “pleased that the Special Grand Jury’s extensive investigation found no evidence of criminal conduct on the part of anyone within LCPS, and not a single indictment was filed.”

“This broad use of the special grand jury investigative process did, however, yield a Report that contains several criticisms of LCPS employees and processes within the Division that are quite serious,” said the statement. “We are placing this on our next Board agenda for immediate discussion to reflect on these recommendations and take action as determined by the full Board.”

The investigation centered on the events that began with the May 28, 2021, attack on a female student in a girls’ bathroom by a male assailant wearing a skirt at Stone Bridge High School, an incident that drew national attention after the girl’s father, Scott Smith, was dragged out of a raucous June 22, 2021, school board meeting.

A video of Mr. Smith being removed from the meeting went viral, with the footage mischaracterized to support unfounded claims that parents upset about COVID-19 lockdowns and mandates posed a threat to school board members across the country.

After that school board meeting, the male student was arrested on July 8 on two counts of forcible sodomy and released on July 26 from juvenile detention. The district transferred the assailant to Broad Run High School. On Oct. 6, 2021, he choked and sexually assaulted a female student after pulling her into an empty classroom.

“It is our considered judgment that the October 6, 2021, sexual assault at BRHS should never have occurred,” said the report. “Had any one of a number of individuals across a variety of entities spoken up or realized a serious problem was brewing regarding earlier incidents at BRHS then the sexual assault most likely would not have occurred. But nobody did.”

For example, the assailant in September made “inappropriate comments” to a female student in English class, grabbed her shoulder “really hard,” tried to take her Chromebook, and repeatedly tapped her on the head with a pencil. He also asked her if she had posted nude photos online.

The episode was referred to the superintendent’s chief of staff as a possible Title IX violation, but even though multiple administrators and the assailant’s probation officer were made aware of the incident and knew his history, the result was a verbal reprimand.

“Not a single person with knowledge of the student’s history or of this current action stepped in to do anything,” said the report, which did not identify school officials by name. “Instead, discipline was left to the BRHS principal, who did nothing more than issue him a verbal reprimand.”

In addition, the report said that superintendent Scott Ziegler lied at a June 22, 2021, school board meeting when he said that “to my knowledge, we don’t have any record of assaults occurring in our restrooms.”

Ian Prior, executive director of the parents’ group Fight for Schools, called for the board to fire Mr. Ziegler, saying the report “should shock the conscience of everyone that reads it.”

“Superintendent Scott Ziegler and other staff at Loudoun County Public Schools acted with reckless indifference to the safety of children, which directly led to two sexual assaults,” said Mr. Prior. “Moreover, as we have repeatedly pointed out, LCPS failed in its obligations under Title IX, the superintendent lied to the public, and the school board showed itself to be nothing more than an incompetent tool of the administration.”

I just interviewed Scott Smith, father of one of the sex assault victims at Loudoun County Public Schools, & got his initial reaction to the special grand jury report just released on LCPS & how it handled incidents at 2 different high schools. @7NewsDC #loudouncounty pic.twitter.com/2btUvZ0uhN

Mr. Smith, the father of the first victim, said he hoped the “scathing” report would lead to criminal indictments against school officials. He said parents “should be scared.”

“They should be scared to send their children to school tomorrow after reading this report. It’s just horrific, but it’s the truth, and it’s what we’ve been going through, and it clearly shows what we’ve been up against,” Mr. Smith told 7NewsDC. “I don’t think this is done.”

Loudoun County Judge James Plowman unsealed the report by the panel, which reviewed testimony from 40 witnesses and 100 pieces of evidence. In June, the school board tried unsuccessfully to halt the panel’s proceedings.

The report blamed the district’s lackluster response in part on the district’s effort at the time to approve a policy, known as Policy 8040, to comply with the state’s 2021 law on accommodating transgender students.

The victim in the Stone Bridge assault reported the rape to school authorities within an hour, but the assailant remained on campus for the rest of the school day and return to class after the Memorial Day weekend.

That afternoon, the girl’s furious father arrived at the campus, but he was denied entry and escorted from the premises. About an hour later, school authorities held a “Teams meeting” on the incident, which the chief operating officer said was “related to policy 8040,” according to an email.

“We believe this Teams meeting was the beginning of the complete lack of transparency by LCPS surrounding this situation,” said the report.

Several school board members told the grand jury that the chief operating officer said the father “was shouting about policy 8040,” but the report found no evidence to support that. The board members also told the panel that the boy was wearing a kilt, not a skirt.

Mr. Miyares praised the grand jury, which has not been discharged, encouraging the public to read the report and saying that he looks forward to “the positive change in LCPS resulting from their work.”

“This special grand jury was the epitome of professionalism,” said Mr. Miyares. “In the face of intense public speculation, the members were incredibly engaged, worked tirelessly, and spent countless days away from their families and jobs to conduct a thorough investigation into Loudoun County Public Schools.”

The assailant pleaded no contest to the second assault and was assigned to a residential treatment center, according to the Loudoun Times-Mirror.