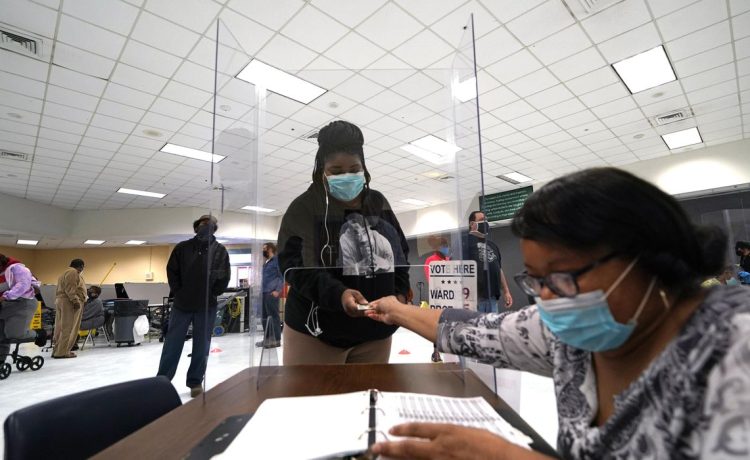 The push to block noncitizens from voting in U.S. elections gained new steam this weekend as Louisiana approved a new ban on the practice.

Support was overwhelming, with 73% of voters backing the ban.

Louisiana’s vote follows that of Ohio, where 77% of voters last month approved a similar ban as part of the state’s constitution, and three other states that have approved bans this decade, including Democrat-leaning Colorado.

Christopher Arps, head of Americans for Citizen Voting, said voters are pushing back against what they see as an attempt to water down voting by allowing noncitizens — and in some cases illegal immigrants — to cast ballots in some elections.

“Black, White, Republican, conservative, even Hispanics are overwhelmingly not in favor of allowing noncitizens to vote,” he said. “I think Louisiana is just following a trend of states around the country that are seeing the trend of what’s happening in New York City and Washington, D.C.”

Both of those deep-blue jurisdictions have taken steps to open voting in local elections up to noncitizens.

In New York, the policy would have allowed some illegal immigrants who have obtained a temporary stay of deportation, such as those covered by DACA or Temporary Protected Status, to vote. The policy has been put on hold by a state court.

In Washington, the city is pursuing a policy that would allow all noncitizens to vote, including illegal immigrants, as long as they meet other qualifications and have been living in the city for at least 30 days.

Republicans on Capitol Hill have promised to use their oversight over the capital city to try to block the policy.

A 1996 federal law bars noncitizens from voting in federal elections as a matter of policy, though it still happens sometimes either because of malfeasance or errors, such as automatic voter registration.

No state allows noncitizen voting for statewide offices, but until 2018 only two states, Arizona and Minnesota, included constitutional bars.

North Dakota adopted a ban in 2018 and Alabama, Colorado and Florida adopted bans in 2020. Now Ohio and Louisiana have joined.

No state constitution proactively allows noncitizen voting, but many are seen to be permissive or ambiguous, leaving localities to test the limits of what’s allowed.

Takoma Park, Maryland, has allowed noncitizen voting in local elections for three decades, and some other towns in the state have followed suit. So have two cities in Vermont, along with San Francisco.

Backers of noncitizen voting cast it as a step toward a broader democracy, arguing that all residents pay taxes and use services, and thus deserve a say in those matters. They say it’s a simple matter of taxation without representation.

Mr. Arps countered that plenty of people spend time in localities — and pay sales or other taxes — but don’t get to vote there.

He said citizenship should mean something.

“If you want to become a citizen, complete the process,” he said.

He said his group hopes to have 10 more states approve noncitizen voting bans in 2024, with Wisconsin, Iowa and Missouri as top targets.

The actual effect of noncitizen voting in elections where it is allowed has been negligible. They’ve been reluctant to register and even more reluctant to actually vote.

San Francisco, the largest jurisdiction to experiment with noncitizen voting so far, allows it for elections involving the board of education.

Even in places where noncitizen voting has been adopted, it’s under legal stress.

San Francisco’s ordinance, despite being in effect for several years, faces challenges in state courts.

A superior court judge ruled earlier this year that the policy violated the state Constitution’s language that “A United States citizen 18 years of age and resident in this State may vote.” The judge said that “may” was a limiting word, meant to exclude noncitizens.

A state appeals court put that decision on hold.

Across the bay in Oakland, voters last month backed a policy to allow noncitizens to vote in school board elections, with 62% supporting the idea. The issue now goes back to the city council for final action — though any policy is likely to face the same legal hurdles as San Francisco’s.