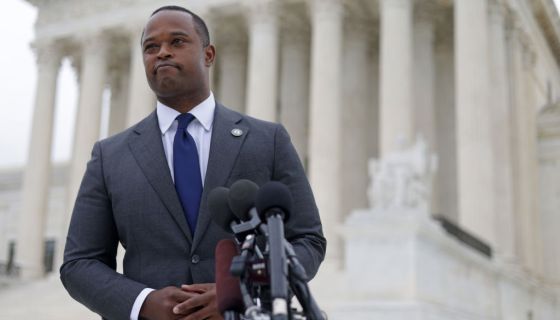 It appears that Louisville’s branch of the NAACP is having no more of Kentucky Attorney General Daniel Cameron‘s perpetual tap dance routine and the organization is demanding that Cameron resign “for failing to conduct a fair and impartial investigation into the fatal police shooting of Breonna Taylor.”

“The recent federal indictments of four Louisville Metro Police officers involved in the Breonna Taylor killing has highlighted, demonstrated, and proven the insufficiency of the state investigation led by the Attorney General of the Commonwealth and an absence of an understanding of the Commonwealth’s criminal laws,” the NAACP said Friday in a press release, according to the Louisville Courier-Journal.

As previously reported, four Louisville officers were arrested by the FBI last month and one of those officers, LMP Detective Kelly Hanna Goodlett pleaded guilty to one count of conspiring to violate Taylor’s civil rights by helping to falsify an affidavit for the search of Taylor’s apartment.

Apparently, the NAACP Lousiville believes all of this could have been handled if Cameron, who is running for governor in 2023, had sought to “enforce the laws equally and fairly” during his office’s investigation into Taylor’s case instead of dry-humping the legs of police officers.

“The insufficiency of the investigation and the lack of understanding of Kentucky criminal statutes were the results of the current Attorney General of the Commonwealth of Kentucky in his own words ‘backing the blue,’ not justice,” the NAACP wrote.

“Although he is the first African American to be elected to a statewide office, that does not exclude him from his responsibility to the entire community,” said NAACP President Raoul Cunningham. “Nor does it exclude him from fairness and equality. And we do not think that he possessed that in his decision.”

“He already decided to take sides when he said he will basically defend the blue,” Cunningham continued. “To us, that is taking a position that is not necessarily based on fairness.”

Of course, Cameron’s response to all of this was as dry, haphazard, and lackluster as his so-called efforts to deliver even a smidgen of justice to Breonna’s family.

“I’m proud of the work I’ve done on behalf of every Kentuckian, and I am honored to serve the citizens of the Commonwealth as Kentucky’s 51st Attorney General,” Cameron said Friday in a statement that doesn’t even bother to mention Breonna’s name.

It’s highly doubtful that the NAACP’s resolution demanding Cameron’s resignation—which was sent to Cameron himself and the Kentucky General Assembly, according to WAVE 3—will result in the Kentucky AG leaving or being pushed out of his post. Still, it’s good to see Black people refusing to take their feet off Cameron’s neck.

The NAACP basically sent the official resolution version of; “We ain’t forgot about you, MF!” And we should be here for that.