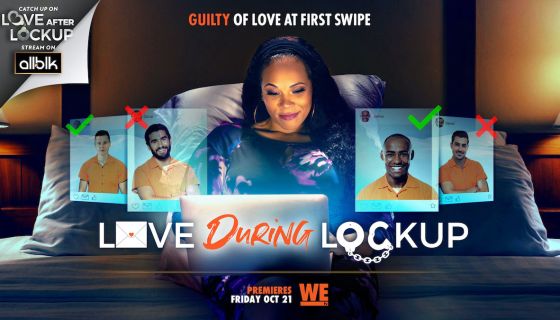 We’re just a day away from a new episode of Love During Lockup!

Mike Faces Questions From Justine’s Cousin On Love During Lockup

We’ve got an exclusive sneak preview clip from Friday’s brand new episode of Love During Lockup. In the clip, Justine and her cousin Mariah take a call from Mike. Finally, Mariah has a chance to ask all the questions she has in order to learn more about him. When Mariah questions where he gets all the money he’s been spending on Justine, he claims he’s just lucky and he gets his money winning the lottery. As you can imagine, Mariah and Justine are skeptical and Mariah pushes Justine to investigate whether Mike’s car is stolen.

SMH. Do you think Justine is being naive to think Mike’s money is coming from his music? Also, we have to applaud Mariah for cutting straight to the chase and recommending they get the car checked to make sure it’s not stolen. Getting pulled over in a hot car with her kids in the back would be absolutely horrible!

A new episode from Season 2 of Love During Lockup airs Friday, November 18 at 9/8c on WE tv.