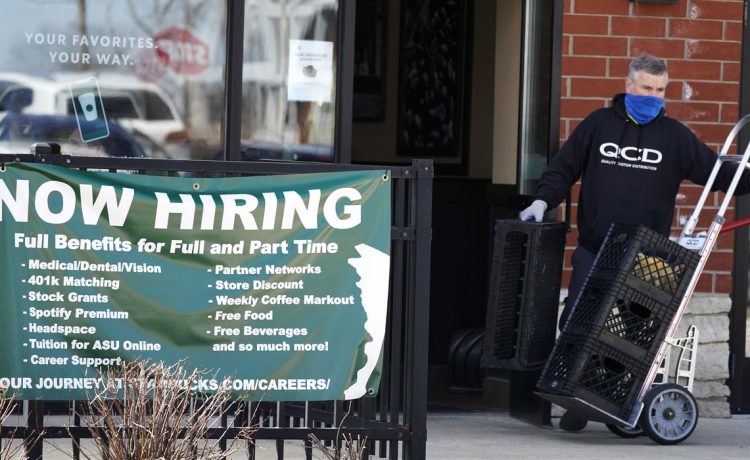 Inflation is causing financial hardship in households across the country, a majority of Americans say.

According to the latest Gallup survey, 56% now say they are suffering financial strain because of price increases, up from 49% in January and 45% in November,

The numbers include 12% who describe the hardship as severe and 44% who say it’s a moderate problem. The polling data is based on web surveys conducted Aug. 1-22, with a random sample of 1,570 adults, aged 18 and older, who are members of the Gallup Panel.

Lower-income Americans are about as likely now as last fall to say they are experiencing either severe or moderate hardship — 74%, compared with 70% in November, the poll shows.

Gallup also broke down the results by party affiliation.

Among Republicans, 67% blame their financial struggles on inflation, compared with 44% of Democrats. In contrast, 56% of Independents blame inflation for the rocky economic times.

Nearly one in four respondents experiencing hardship is cutting back on spending, including buying less in general or buying only necessary items. Another 17% say they are traveling less or canceling vacations, while the same percentage say they are driving their vehicles less or trying to use less gas.

Other ways respondents say they are tightening their belts are by purchasing less expensive goods or generic brands (12%), dining out less (10%), buying fewer groceries or growing their own food (10%), staying home (8%), and cutting down on entertainment expenses (8%).

Only 3% of respondents say they are delaying medical procedures, medical appointments or buying prescriptions.

The poll was released as Treasury Secretary Janet Yellen launched a month-long tour of the country giving glowing speeches about the economy.

“I am more optimistic about the course of our economy than I have been for quite a while,” Ms. Yellen said during a speech in Dearborn, Michigan, on Thursday. “We are headed in the right direction.”

Her comments are a marked change from late May, when she said she was wrong about surging inflation being temporary.

However, with just 2 months before the midterms, the Biden administration is touting two big legislative Congressional victories as the main reason for voters to keep Democrats in charge of both chambers in Washington.

“Taken together, the bipartisan infrastructure law, the CHIPS Act, and the Inflation Reduction Act authorized among the most significant investments our country has ever made,” Ms. Yellen said. “I believe firmly, they will help us achieve stable sustainable growth, and they’ll move us toward a fairer and more resilient economy.”

Republicans, though, are peppering their vulnerable Democratic opponents in both chambers with ads slamming them for supporting the Inflation Reduction Act and the cost of the bill. Americans For Prosperity launched a $1.1 million ad campaign focused on the issue Thursday.

The Gallup survey had a margin of sampling error of plus/minus 3 percentage points at the 95% confidence level.