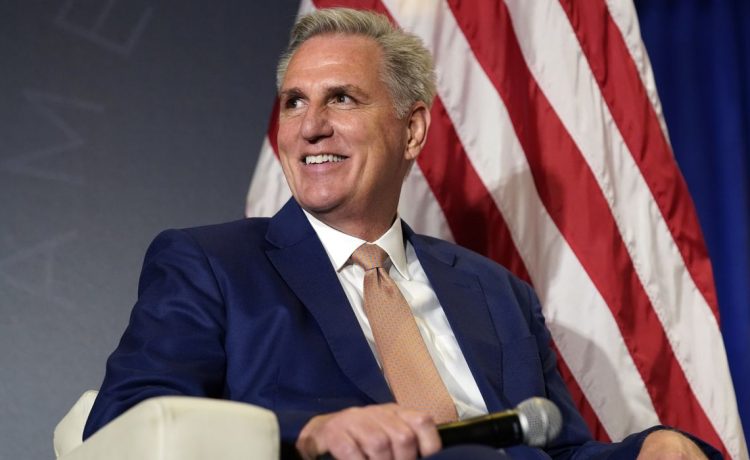 House Republicans on Wednesday elected Rep. Kevin McCarthy as their nominee for speaker, voicing approval of his role in winning the majority even if it is a slim one.

Though Mr. McCarthy, 53, was supported by the majority of the conference, some Freedom Caucus members opposed him. He will have to shore up near unanimous support of House Republicans for the 218 votes necessary to win the speaker’s gavel when the full chamber votes on it on Jan 3.

In the closed-door vote, he easily defeated a challenge from Freedom Caucus member Rep. Andy Biggs of Arizona, 188 to 31.

Mr. McCarthy, California Republican, raised about $500 million for House Republican candidates this cycle, earning loyalty from many in the conference.

The vote split the Freedom Caucus. Some members were outspoken about their intention to vote against Mr. McCarthy, including Rep. Matt Gaetz of Florida and Rep. Chip Roy of Texas. Other members of the conservative group, such as Rep. Marjorie Taylor Greene of Georgia and Rep. Jim Jordan of Ohio, planned to support the California Republican.

Mr. McCarthy’s opponents argued that he was not conservative enough and did not do enough over the past two years to challenge House Speaker Nancy Pelosi and her Democratic majority.

Freedom Caucus members in September sent Mr. McCarthy a letter that included several demands, including restoring a rule to allow any member to request a vote to oust the speaker. They also want to eliminate the automatic suspension of the debt ceiling without a standalone vote when the House adopts a budget resolution.

They also want to prohibit combining spending bills into massive, omnibus packages at the end of the year that usually passes with little scrutiny or debate.