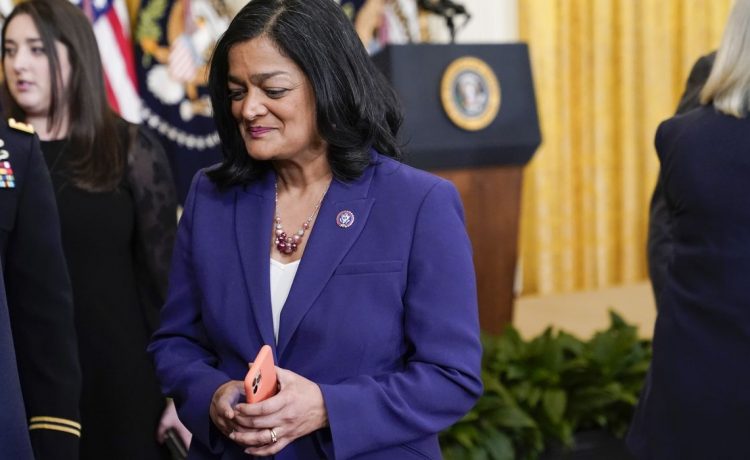 According to King County Prosecuting Attorney’s Office spokesperson Casey McNerthney, a judge on Monday ordered the 48-year-old man to remain jailed in lieu of $500,000 bail, but denied prosecutors’ request for an anti-harassment order protecting Jayapal, The Seattle Times reported.

In 2016, Jayapal became the first Indian American woman elected to the U.S. House of Representatives. She is a Democrat who heads the Congressional Progressive Caucus. A spokesperson for Jayapal didn’t immediately respond to an email from The Seattle Times requesting comment Monday.

Seattle police arrested the man outside Jayapal’s house at 11:25 p.m. Saturday after she called 911 and reported an unknown person or people were in a vehicle using obscene language, a probable cause statement said. She told a dispatcher her husband thought someone may have fired a pellet gun, the statement says.

Officers arrested a man who was standing in the middle of the street with his hands in the air and a .40-caliber handgun holstered on his waist, the probable cause statement says.

A neighbor told police she heard the man yell something to the effect of, “Go back to India, I’m going to kill you,” the statement says. The neighbor also said the man drove by Jayapal’s residence at least three times, yelling profanities, according to the statement.

The man told officers that he knew who lives in the house and that he wanted to pitch a tent on their property, the statement says.