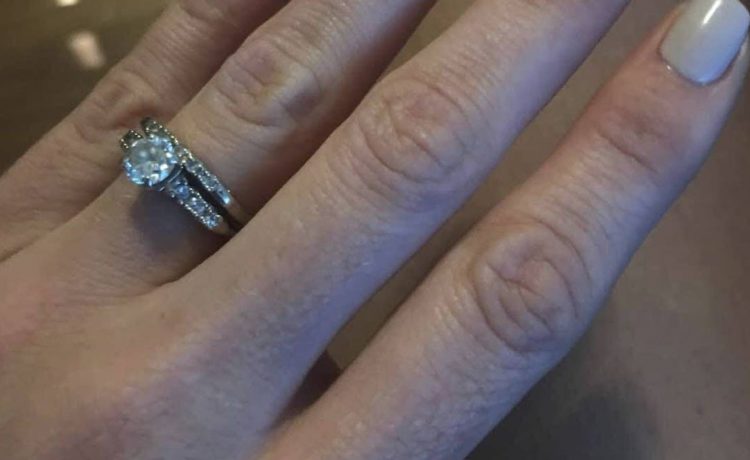 A woman from Massachusetts has her wedding ring again after a stranger found it buried on the ocean floor with his metal detector.

Francesca Teal told the Boston Globe that she lost her ring earlier this month while throwing the football with her husband at a New Hampshire beach.

After hours of searching for the ring, which once belonged to Ms. Teal’s great-grandmother, the 29-year-old posted a call for help on Facebook that was shared thousands of times.

Lou Asci saw the post, and decided to go diving for the ring with his metal detector. While he had no luck the first two days, he finally found the diamond-studded band on his third outing.

“Please tell me this is the ring so I can finally get off this beach,” Mr. Asci, 60, reportedly said in his picture message to Ms. Teal.

Ms. Teal’s husband reportedly got down on one knee to place the ring back on her finger after Mr. Asci returned it.