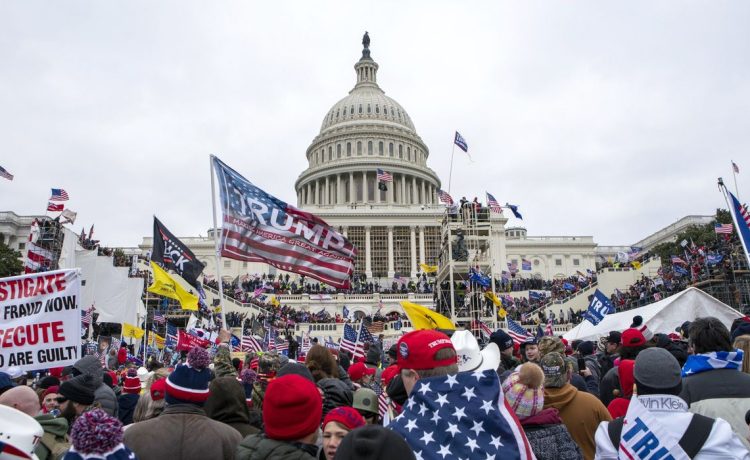 WASHINGTON — A federal judge on Friday sentenced an Ohio man who claimed he was only “following presidential orders” from Donald Trump when he stormed the U.S. Capitol to 3 years in prison.

Dustin Byron Thompson was convicted in April by a jury that took less than three hours to reject his novel defense for obstructing Congress from certifying Joe Biden’s presidential victory.

The jury also found Thompson guilty of all five of the other charges in his indictment, including stealing a coat rack from an office inside the Capitol during the Jan. 6, 2021 riot.

Thompson apologized and said he was ashamed of his actions.

U.S. District Judge Reggie Walton told Thompson he could not understand how someone who had a college degree could “go down the rabbit hole” and believe “so much in a lie.” The judge said Thompson had to pay a price for a “serious crime” that undermined the “integrity and existence of this country.”

The maximum sentence for the obstruction count was 20 years imprisonment. The government had recommended a sentence of 70 months while the defense sought a year and a day in prison.

Thompson testified at trial that he joined the mob’s attack and stole the coat rack and a bottle of bourbon. He said he regretted his “disgraceful” behavior. But he also said he believed Trump’s false claim that the election was stolen and was trying to stand up for him.

More than 770 people have been charged with federal crimes arising from the riot. Over 250 of them have pleaded guilty, mostly to misdemeanors. Thompson was the fifth person to be tried on riot-related charges.