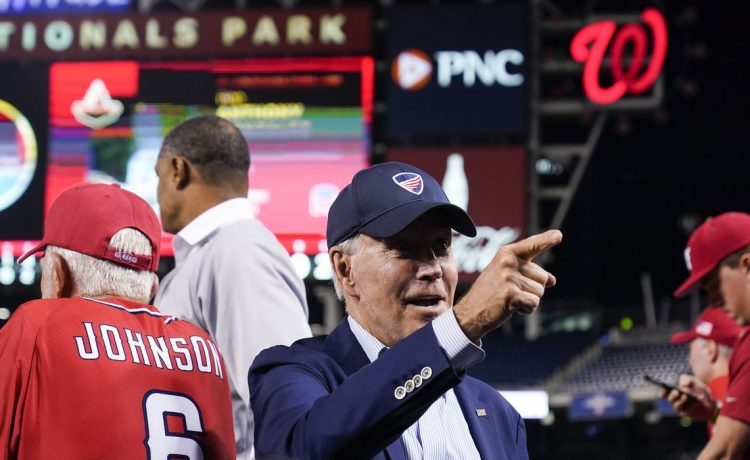 Leaders of the demonstration originally planned for more than 300 activists to engage in acts of civil disobedience at Nationals Park in Washington to call attention to climate change, with some vowing to get arrested.

“Congressional leaders have declared they intend to meet many of our climate and justice demands, so we’ll be attending the game tonight just to urge Congress to seal the deal and to ask Joe Biden to still declare a climate emergency,” Mike Tidwell, director of the Chesapeake Climate Action Network, said in a statement to The Washington Times.

His group was one of several organizing the protest at the lawmakers’ charity baseball game.

The legislation, which Democrats plan to force through Congress in party-line votes, marks a major sought-after win for President Biden, much of whose climate agenda has been chipped away by Mr. Manchin and the Supreme Court.

Green groups have hailed the wide-ranging climate and energy measures as “historic.” The legislation consists primarily of an array of clean energy tax credits that would apply across several sectors of the U.S. economy.

Climate activists have also called on Mr. Biden to declare an official climate emergency, a move that the president has so far been unwilling to take. It would unlock additional executive powers for him to unilaterally take steps to combat climate change.

Environmentalists have vowed to continue pushing Mr. Biden to make such a declaration.

The demonstration’s cancellation will come as welcomed news to congressional Democrats. They said protesting at the game, which has marked a rare opportunity for an evening of bipartisanship since 1909, would be inappropriate.

“The place to focus action is at the ballot box,” said Democratic Rep. Dan Kildee of Michigan, who is on the Democrats’ team. “That’s where I want the energy focused. And frankly, if we want to get progress on climate change, we need to pick up a couple of Senate seats and hold the House. That’s not going to be decided at the baseball game.”