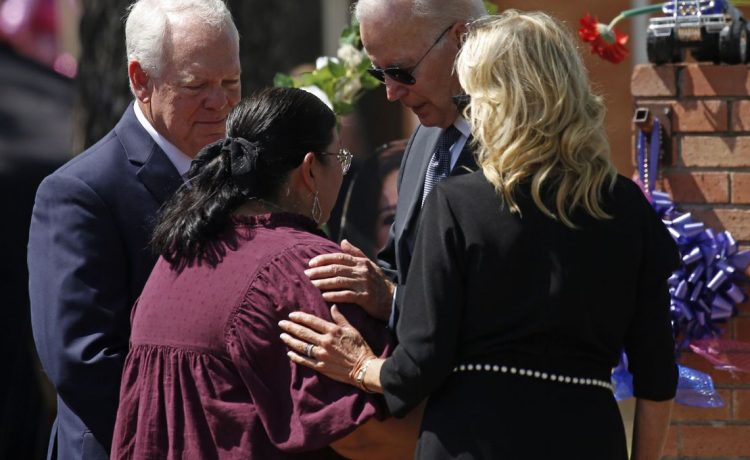 UVALDE, Texas — The principal of the Texas school where the nation’s deadliest classroom shooting in a decade happened was reinstated Thursday, three days after she was suspended with pay in the wake of security criticisms leveled by a legislative committee.

The reinstatement came after Gutierrez, in a letter to the committee members, disputed the key findings that a “culture of complacency” had developed at the school that allowed a gunman to enter the school and kill 19 children and two teachers. She also said the lock on the door to the fourth-grade classroom where the May 24 shooting happened worked when a custodian checked it the night before.

Harrell suspended Gutierrez with pay on Monday pending a performance review pertaining to school security. However, in his Thursday letter, Harrell said she would be allowed to return to work immediately “and will continue to serve the district in an administrative capacity.”

The legislative report placed the most fault with local, state and federal law enforcement agencies, which took more than an hour to enter the classroom where the shooter was and kill him as parents outside the school begged officers to do something and dispatchers took 911 calls from inside the school. Surveillance footage of police officers in body armor milling in the hallway while the gunman carried out the massacre led to rage from families of victims, who have demanded accountability.