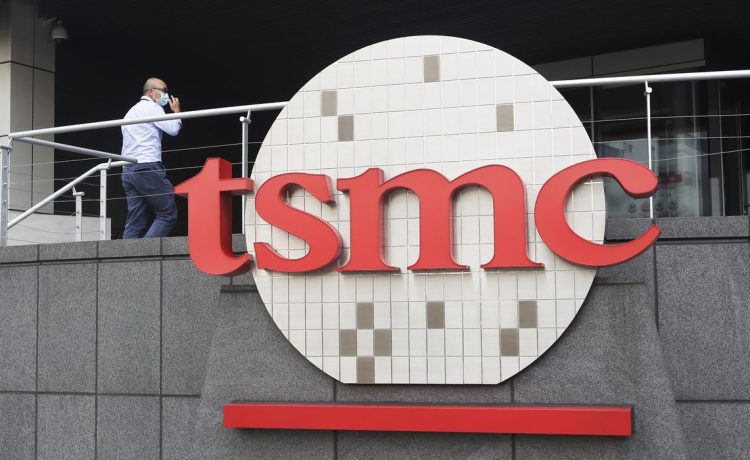 The Taiwan-based company that has emerged as a chief critic of President Biden’s efforts to boost computer chip manufacturing in the United States will have a chance to air its grievances in person when Mr. Biden visits the company’s $12 billion Arizona construction site on Tuesday.

Mr. Biden will tour the site being built by the Taiwan Semiconductor Manufacturing Co. (TSMC). The complex is set to start production in 2024.

TSMC Vice President Peter Cleveland said that Mr. Biden will tour the construction site and talk about the company’s future manufacturing plans in the U.S. Other administration officials, including Commerce Secretary Gina Raimondo, and Arizona lawmakers are expected to attend.

Mr. Biden will also tout one of his signature pieces of legislation, the CHIPS and Science Act, signed in August, that will spend billions of dollars to boost the U.S. computer chip manufacturing sector. But TSMC officials say the law is flawed, detailing its shortcomings in a letter last month to the Commerce Department.

TSMC said the government must do more to address construction costs and local red tape in order for the U.S. to be more competitive with countries such as Taiwan and other Asian nations.

The White House and the Commerce Department did not respond to requests for comment. It is unclear if Mr. Biden will address TSMC”s concerns during his public remarks.

The Biden administration has sought to reduce its reliance on Asian suppliers after the coronavirus pandemic laid bare the problems with dependence on overseas computer chips. Manufacturing shutdowns because of the pandemic affected sectors ranging from medical devices to consumer electronics. Several automakers were forced to furlough workers because of a lack of chips for today’s modern cars.

The U.S. makes about 12% of the world’s chips compared to 37% just three decades ago, according to the U.S. Semiconductor Industry. About 70% of the world’s computer chips are made in Asia, with Taiwan accounting for the majority of those products.

“The company can confirm that a range of construction costs and project uncertainty in Phoenix makes building the same advanced logic wafer [fabrication facility] in Taiwan considerably less capital-intensive,” company executives said. “Since the onset of construction at the [Phoenix] site, the company has encountered issues that are likely being experienced by other foreign and domestic firms.”

Those issues included increased shipping costs, federal regulations that inflated the project’s expense, and local labor costs compared to overseas sites. TSMC also said infrastructure expenses along with state and local taxes were also burdens that need to be addressed.

TSMC said it doesn’t view access to capital, a key goal of the CHIPS Act, as a “significant barrier to growth” in the U.S.

“The real barrier is [the] comparative cost to build and operate,” the letter said.

TSMC also called for changes to how the government doles out funds under the new law.

Under the law, the government is granting first preference to applicants who will improve “regional and local competitiveness” and spur “broad economic gains” — rather than give contributions to a single company. It also ensures that small businesses and those owned by minorities, veterans or women move to the front of the line for grants.

TSMC said the Commerce Department should award grants to manufacturers “most prepared and capable to manufacture and compete effectively.”

The CHIPS Act should “prioritize grant applicants that have a long successful track record in advanced logic fabrication, R&D and existing sizable headcount that offers decisive proof of points that the incentives provided will lead to a successful investment result.”

TSMC is laying the groundwork for a second plant in Arizona to make more advanced chips, although it hasn’t decided on whether to proceed.

The Phoenix plant is expected to produce 20,000 wafers of the advanced 5-nanometer chips per month, a relatively modest output according to industry data.

While Mr. Biden will likely tout the TSMC’s Phoenix plant as a success story emerging from his CHIPS act, the project was first announced in 2020 under the Trump administration.

Still, the plant could mark the turning point of Mr. Biden’s efforts to build more computer chips in the U.S. Apple Inc. announced it will have its chips built at TSMC’s Phoenix plant, according to a report from Bloomberg News.