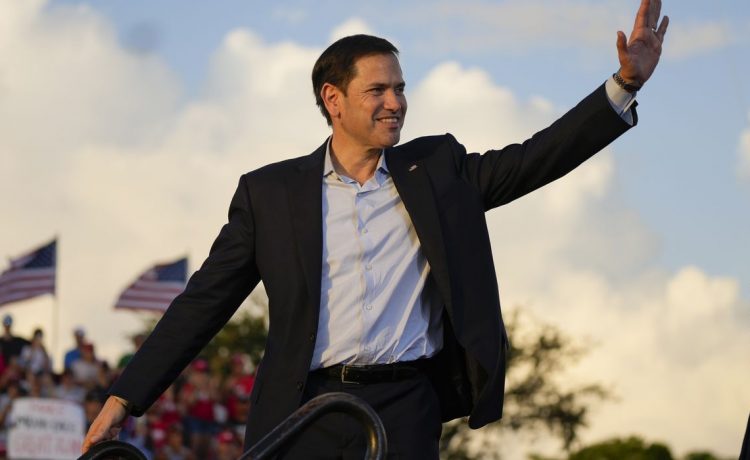 JACKSONVILLE, Fla. — Republican Sen. Marco Rubio fended off a challenge from Democratic Rep. Val Demings, coasting to a third term in a state that has become increasingly friendly to statewide GOP candidates.

Multiple news outlets projected Mr. Rubio was the winner when he led 55.7% to 43.3% with about 69% of votes cast in the Sunshine State.

Mr. Rubio campaigned on his record in Congress, namely his help securing aid for disabled veterans and money to keep businesses from going under during COVID-19 shutdowns.

Mrs. Demings, 65, who represents the 10th District in Congress, battled her own party’s anti-law enforcement reputation, running on her tenure as Orlando police chief and pledging to pump money into fighting crime, a top voter concern this year.

She tried to define Mr. Rubio, 51, as a lawmaker who is frequently absent from the Senate and who endorses extreme policies on banning abortion with no exceptions.

Ms. Demings was able to raise more money than Mr. Rubio, much of it coming from outside the state, but she was never able to put a dent in Mr. Rubio’s lead.

Republicans now outnumber Democrats here by 300,000 voters. The state voted twice for former President Donald Trump, whom Ms. Demings worked to remove from office in 2020 by serving as an impeachment manager.