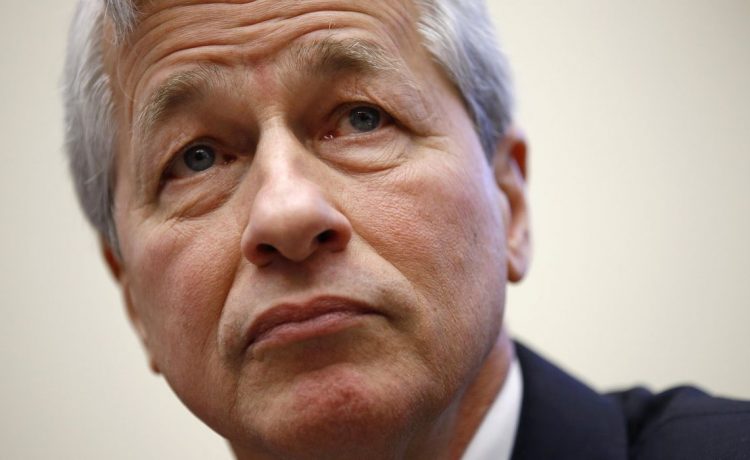 According to the office of the Florida Republican, JPMorgan Chase recently terminated the bank account of the National Committee for Religious Freedom (NCRF), a 501(c)4 political action nonprofit, but the bank offered no forewarning or justification for the termination, apparently failing to follow its regular notification and appeals process.

Additionally, Mr. Rubio’s office said that when NCRF attempted to resolve the issue, “Chase staff told NCRF that they were prohibited from providing clarification, but that the decision may be reconsidered if NCRF provided a list of its major donors and its decision-making criteria and due diligence process for its funding decisions.”

Mr. Rubio sent a letter to Mr. Dimon raising concerns over the circumstances and requesting the bank’s justification for terminating NCRF’s account.

“I have previously noted my grave concern with politically-motivated de-banking,” Mr. Rubio wrote. “Bank decisions should be made using impartial risk standards to determine credit worthiness, not arbitrary political or ideological concerns.”

He continued, “As big banks are often the instigators of this behavior and receive significant subsidies and protections from the government, I and many of my colleagues in the Senate have supported legislation that would hold companies, like yours, accountable for such actions, including by denying Federal Deposit Insurance Corporation (FDIC) insurance for megabanks that choose to arbitrarily discriminate against credit-worthy and lawfully operating organizations and individuals by denying them banking services. Taxpayers should not be subsidizing this sort of behavior.”

“I do not doubt that you will again assure me that this is a misunderstanding. But the regularity of this sort of behavior by your bank suggests otherwise.”

“I can tell you, however, that we would not exit a client because of their political or religious beliefs. We bank over 50,000 religious nonprofit organizations across America,” the spokesperson said.

“Recently, reports surfaced that the credit cards of Lori Flynn, wife of Lieutenant General Michael Flynn, USA, Retired, former National Security Adviser to President Trump, were allegedly terminated by JPMorgan Chase & Co. due to the bank’s concerns with the ‘reputational risk’ that affiliation with Mrs. Flynn could bring to the company,” the GOP senators wrote.

“The bank has since claimed that the determination was in error, and has reinstated Mrs. Flynn’s account. However, regardless of whether the termination of Mrs. Flynn’s credit cards by the bank was in fact made in error, the possibility raised by this event that ‘reputational risk’ could include the political views or histories of the bank’s customers is of great concern to many Americans.

“If political views are considered a valid factor in a bank’s determination of reputational risk for the purposes of determining access to credit, the banking services of millions of Americans could be put in jeopardy.”

The Republican lawmakers stated that the Biden administration “contributed” to the vagueness of the legal landscape surrounding fair access to credit in the U.S. financial system.

In January, they noted that the Office of the Comptroller of the Currency (OCC) paused its publication of the rule “Fair Access to Financial Services.”

The rule would have established guidelines that large banks conduct individual risk assessments of customers and use impartial standards to determine creditworthiness rather than making broad determinations based on a customer’s class or categorical affiliation.

The Republicans also promised a crackdown on large financial institutions that refuse to provide banking services or loans for contractors who work for Homeland Security’s Immigration and Customs Enforcement.

“They should not be allowed to deny funds to otherwise creditworthy firms with a federal contract and continue to receive federal support,” the lawmakers said. “This bill would remove Federal Deposit Insurance Corporation insurance from firms who choose to do so.”

Congressional Republicans almost 10 years ago clashed with the Justice Department over the similar “Operation Choke Point,” which GOP investigators in 2014 described as “a thinly veiled ideological attack on industries the Obama administration doesn’t like, such as gun sellers and coal producers.”