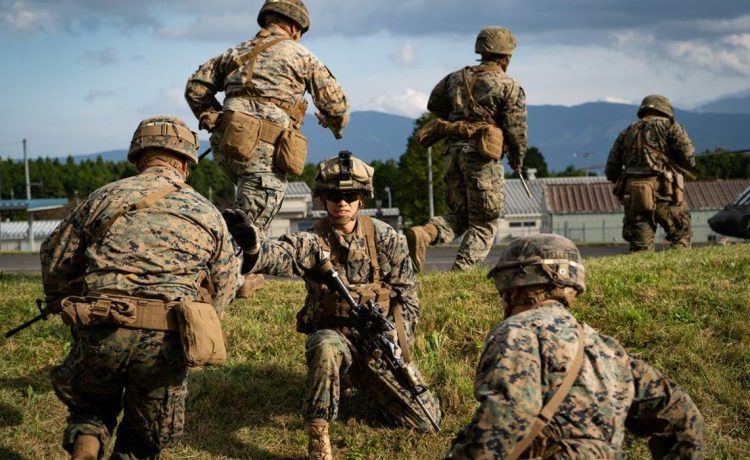 The Marines Corps will no longer rely solely on a tape test to find out if their personnel are “fit to fight.” Instead, they will use more modern methods to determine a Marine’s level of lean mass and fat mass.

The Marine Corps just wrapped up a year-long study in conjunction with the U.S. Army Research Institute of Environmental Medicine to evaluate current body composition standards. It was one of the most in-depth studies on the issue since the 1980s, Marine Corps officials said this week.

“This study marks a milestone in understanding the health and performance of our Marines,” Gen. David Berger, Commandant of the Marine Corps, said in a statement. “Our primary focus in the Marine Corps is the individual Marine and this study is a pivot point.”

Starting on Jan. 1, Marine Corps commanders will no longer automatically assign personnel to the service’s official weight loss plan — known as the “Body Composition Program” (BCP) — until their tissue density is determined by either a Dual Energy X-Ray Absorptiometry (DEXA) scan or the Bioelectrical Impedance Analysis (BIA).

In the past, body fat was determined by a tape test measuring a person’s neck and waist. The figures would then be correlated against a Marine’s height.

The new program doesn’t mean the Marine Corps is throwing away the measuring tape, however. They said it correctly identifies more than 90% of male and female Marines as over the allowable body fat standards.

“We recognize that a more scientifically advanced method of determining body composition is required before a Marine is assigned to a program that could have career implications,” said Lt. Gen. Kevin Iiams, head of the Marine Corps’ Training and Education Command.

Gen. Berger said it was critical for them to find the most “practical, accurate, and unbiased” method of measuring body composition to maintain a healthy, ready force.

“Ultimately, this is about warfighting,” Gen. Berger said. “This will take some time to get it right, but we owe it to our Marines to move quickly.”