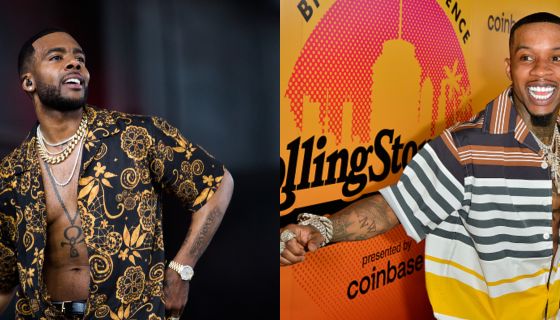 Mario is fresh off his obliteration of Omarion in their Verzuz battle and while the memes are still having a little bit of life, he’s trying to maximize the moment. Like many others who have huge moments during their Verzuz battles, Mario is set to drop new music. The only problem is, he didn’t read the room and announced his new single “Main One” would feature Tory Lanez.

Fans, of course, wanted new Mario music, but the addition of Tory Lanez instantly left social media bewildered. Tory was accused of shooting Megan Thee Stallion in the summer of 2020 and the feud between the two has been very visible on social media. To make matters worse, social media users brought up the fact Mario even called out Tory for his alleged role in the shooting around the time it happened.

What caused Mario to go from trying to check Tory over ego and protecting Black women to working with him? We may never know. Mario took to social media to address the backlash with his 352 viewers and essentially doubled down. Mario threw a simple “it is what it is” and defended Tory as a hard worker.

One thing is for sure: Social media didn’t hold back and was quick to fire off the criticism and jokes, as always. You can check out some of the reactions below.