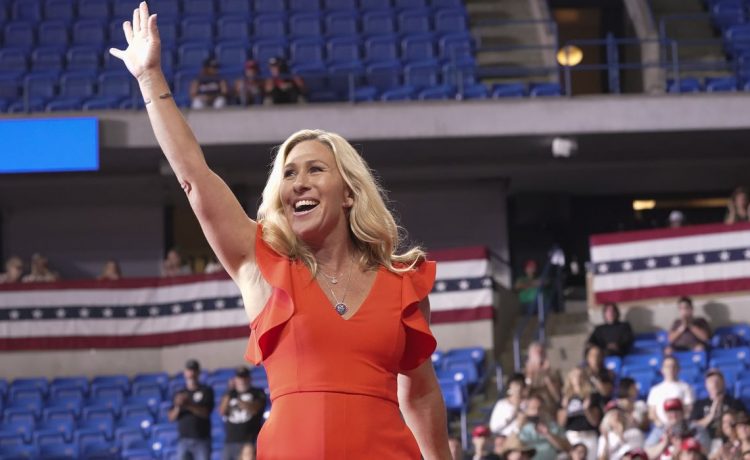 Rep. Marjorie Taylor Greene plans to push forward with her legislation prohibiting “gender-affirming” care on minors despite threats over the bill the Georgia Republican received when she was “swatted” twice at her home last month.

Mrs. Greene will hold a press conference Tuesday discussing the legislation she introduced in late August known as the Protect Children’s Innocence Act.

The bill presently has 34 co-sponsors, all Republican, and would make any individual who knowingly performs any “gender-affirming” care on a minor guilty of a class C felony and face a prison sentence of up to 25 years and a $250,000 fine.

The phrase “gender-affirming care” general means medical care that assumes a minor is transgender upon a child’s say-so regardless of his or her biological sex. Under the terms of Mrs. Greene’s bill, it includes performing any surgery to alter the body of individuals under the age of 18 to correspond to a sex other than their biological sex.

The Georgia Republican tweeted last week that her bill aims to protect “anyone under 18 from permanent bodily damage from the left’s gender change industry, stop sexualization of children, and stop dangerous promotion of gender change on children.”

She said that Democrats and transgenderism advocates are “destroying two genders of male and female and promoting a sexualized ideology that gender is changeable targeting children and creating a medical industry of genital mutilation.”

She will be joined at her press conference by Chloe Cole, a young woman who, thinking she was a transgender male, was given “gender-affirming care” at age 13 with testosterone therapy and puberty blockers. By age 15 she underwent a double mastectomy.

However, Ms. Cole de-transitioned at age 16 and spoke out against those who persuaded her to go through the process three years prior.

“Extremely excited to be attending and speaking at Rep. MTG’s press conference for the Protect Children’s Innocence Act H.R. 8731,” Ms. Cole said in a tweet. “Let’s put a stop to the medical experimentation of our youth!”

Mrs. Greene’s legislation angered her detractors when she first introduced the bill, and just days afterward, she was “swatted” by unknown individuals.

Law enforcement responded to two separate false 911 calls at her Rome residence within two days. Mrs. Greene was visited by local police both times, and confirmed the false nature of the calls, and no one was hurt either time.

A “swat” call can become deadly if mishandled, without requiring malice by either the police or the victim.

In the first swatting incident, the caller falsely claimed that a man had been shot several times in a bathtub at Mrs. Greene’s address.

The Rome Police Department received a subsequent call from that suspect, who used a computer-generated voice disguiser to say they were upset about Mrs. Greene’s stance on “trans-gender youth’s rights” and stated that they were attempting to ‘SWAT’ her,” the police report said.

In the second swatting incident, two officers arrived at Mrs. Greene’s home when the suspect called through an internet chat that appeared to be a suicide crisis line and falsely told police responders that a man “came out as trans-gender and claimed they shot the family” at Mrs. Greene’s residence.