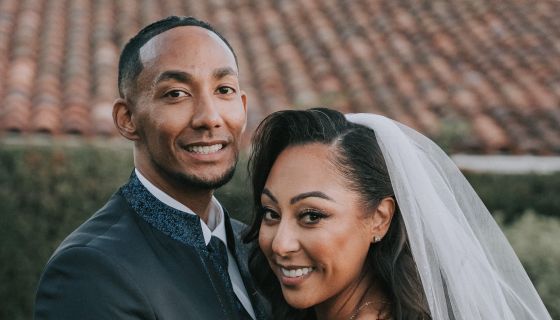 A Married At First Sight season 15 bride has confirmed that she and her husband have called it quits.

Stacia Karcher and Nate Barnes of the show’s San Diego-based season are over.

The news was shared by Stacia herself during an appearance on the Married At First Sight Nashville kickoff special.

During the show, Stacia was asked by host Kevin Frazier for a marriage update and she made a shocking confession.

“Everything he agreed to do on the show—they were all words, there were no actions. I gave it time, I waited, I was patient,” she added noting that Nate refused to move into her house. “I lived with him to give him to more time to let him know that I was committed.”

Stacia added that she still loves Nate platonically and wants them to be friends.

Stacia however wasn’t the only one with an update, Alexis Williams of #MAFS 15 also shared that she and her ex-husband Justin Hall are no longer in contact.

Stacia and Nate agreed to stay married on Married At First Sight’s Decision Day despite having issues.

Prior to the pivotal moment, things were a bit rocky between them with Stacia saying she felt like Nate was just “going through the motions.” She ultimately said she had her doubts about his ability to love her and Nate stormed off.

“I’m tired of proving myself,” said Nate who also pointed out that they got matching tattoos to commemorate their wedding date.

They later admitted during the #MAFS reunion special that they had not officially moved in together and were dividing their time between a large home that Stacia purchased and Nate’s apartment.

On the #MAFS Where Are They Now? special, Stacia said she moved into Nate’s apartment but he later said he “needed space,” so she moved back out.

The only remaining couple from #MAFS season 15 is Lindy and Miguel.

Are YOU surprised that Stacia and Nate from Married At First Sight San Diego are splitting?