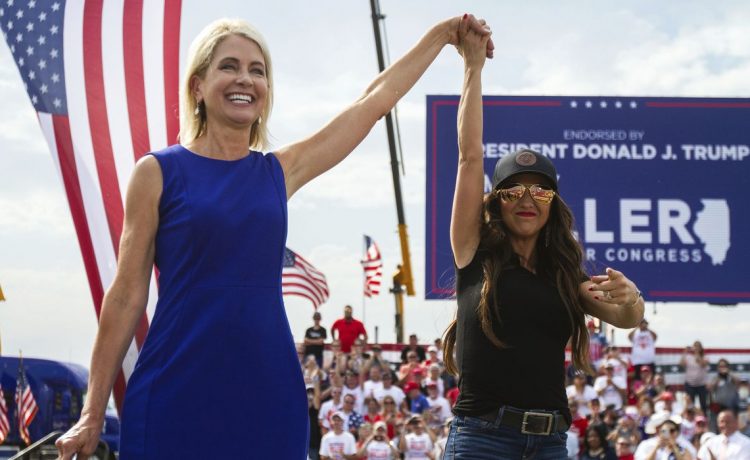 The Associated Press called the race for Ms. Miller at 10:48 p.m. EDT.

Mr. Davis, a conservative four-term congressman known for his willingness to work across the aisle, voted to certify the results of the 2020 election and to create a bipartisan Jan. 6 commission that died in the Senate.

Ms. Miller, meanwhile, won Mr. Trump’s endorsement in the final days of the race, which the first-term lawmaker framed as a contest between “MAGA and a RINO establishment member,” using the disparaging term for Republican In Name Only.

The two incumbents were forced into a faceoff after the Democrat-led Illinois legislature carved out new maps that put Mr. Davis in a far more conservative district – making a political liability of the pragmatic image that served the Republican so well over the years.