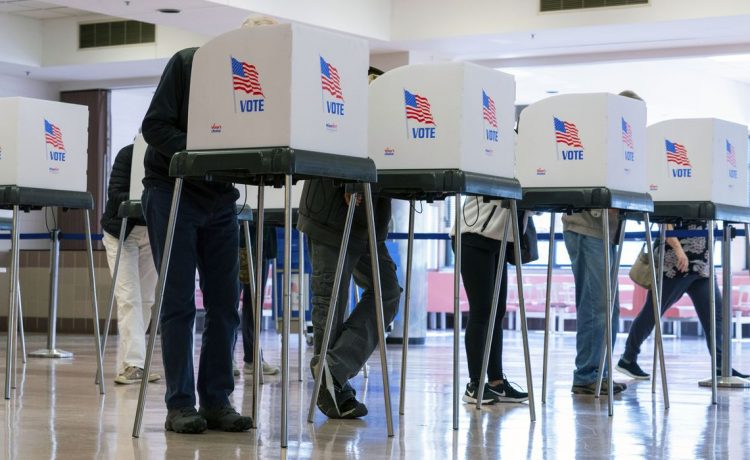 Lawmakers already approved legislation this year to take steps to changing the law regarding cannabis, but the General Assembly left matters of licensing and taxes for lawmakers to decide next year.

The constitutional amendment defines that recreational marijuana would not be legal until July 2023 for people 21 and over, subject to a requirement that the General Assembly pass legislation in its next session regarding distribution, regulation and taxation of cannabis.

A law enacted earlier this year includes provisions spelling out a transitional period between Jan. 1 and July 1. For example, starting Jan. 1 and continuing through June 30, possession of the personal use amount, which is defined as up to 1.5 ounces, is a civil offense. Violators would be subject to a maximum fine of $100. On July 1, possession of up to 1.5 ounces would be legal for someone over 21.

Possession of a personal use amount by someone younger than 21 is a civil offense effective July 1, with a $100 fine.

Effective Jan. 1, possession of more than 1.5 ounces but less than 2.5 ounces – regardless of age – is a civil offense with a maximum fine of $250. A person who possess more 2.5 ounces us guilty of a misdemeanor, punishable by up to six months imprisonment and or a $1,000 maximum fine.

The law also makes changes in criminal law. For example, starting Jan. 1, the law authorizes a person incarcerated for a conviction related to cannabis to apply to the court for resentencing, and the court must grant the application and resentence the person to time served. If the person is not serving another sentence, the person must be released from incarceration.

In addition, beginning on Jan. 1, a person who is convicted of possession of cannabis may file a petition for expungement of the conviction after the satisfactory completion of the sentence, including probation. That’s instead of the current waiting period of the later of four years after the conviction or the satisfactory completion of the sentence.

A person who is convicted of possession with the intent to distribute cannabis may file a petition for expungement of the conviction three years after satisfaction of the sentence or sentences imposed for all convictions for which expungement is requested, including parole, probation, or mandatory supervision.

By July 1, 2024, the Department of Public Safety and Correctional Services must expunge all cases in which the possession of cannabis is the only charge in the case and the charge was issued before July 1, 2023.

Currently, 19 states, along with the District of Columbia, have fully legalized marijuana. There also are 37 states, including Maryland, that have legalized medical marijuana. Maryland currently has about 150,000 registered cannabis patients.