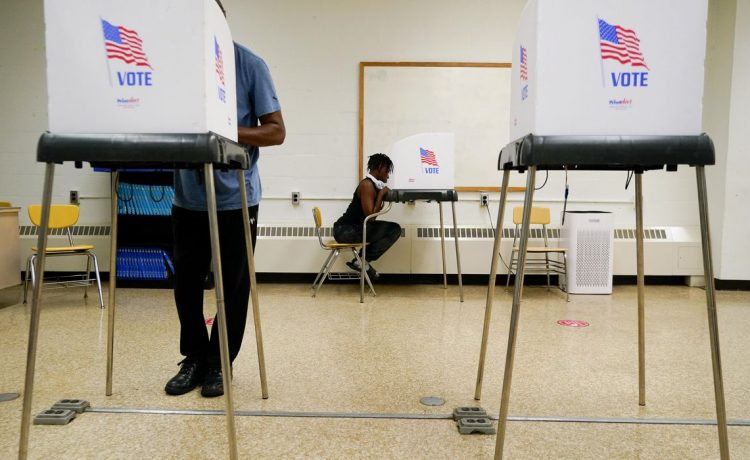 ANNAPOLIS, Md. — Maryland’s Frederick County will decertify the results of last month’s primary and reconvene this week to rescan all mail-in and provisional ballots because of a discrepancy attributed to human errors in ballot accounting, county and state elections officials announced Monday.

The Frederick County Board of Elections discovered a discrepancy between the total number of votes in the certified results and the number of accepted mail-in and provisional ballots while preparing for a recount for the Democratic nomination for County Council District 3, the local and state board of elections said in a news release.

The discovery led to a further review of the ballots cast in last month’s primary election.

“The ongoing review indicates the discrepancy is due to human errors in ballot accounting that occurred during the mail-in and provisional canvassing process,” the state board of elections said Monday. “As a result of this discovery, a comprehensive review of ballot accounting documents is being performed.”

The results of the county council district race had indicated that Frederick County Council President M.C. Keegan-Ayer was losing by three votes to challenger Jazmin Di Cola. Keegan-Ayer had requested a recount.

About 17,000 provisional and mail-in ballots were cast in the county. There were about 33,400 ballots cast on Election Day and during in-person early voting.

The state board was first briefed about the discrepancy Saturday and immediately started working with the local elections board to provide the equipment and support needed for the rescan.

The rescanning of ballots is scheduled to begin Wednesday morning at the Frederick County Board of Elections’ office, the local board said. It is expected to take two days. The local board will certify the election results after the rescan. Also, the recount initially scheduled for Tuesday has been canceled, because a recount can only be requested after the rescanning and re-certification of the election.