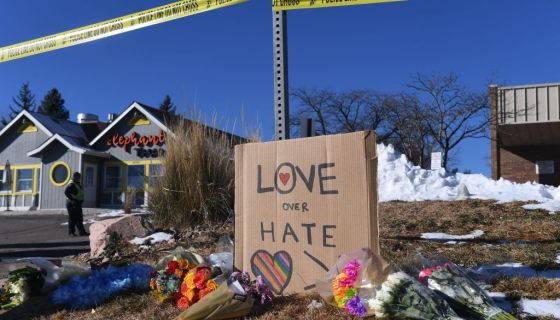 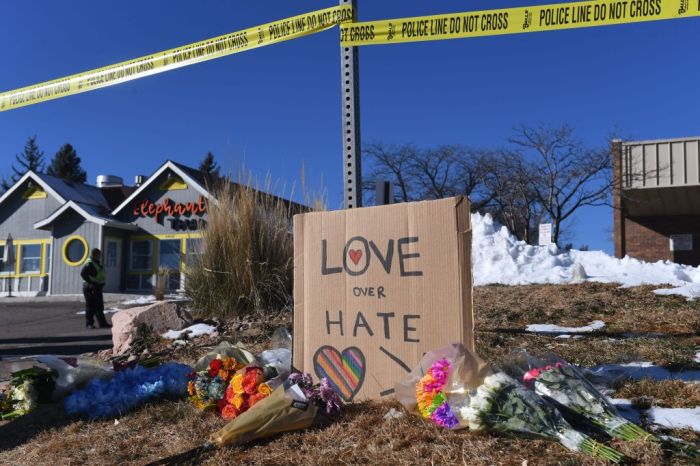 AP reports the shooter opened fire from a “long rifle” as soon as he entered the club.

One of the victims described hearing the attack unfold after he ran for his life and hid in a dressing room. A man named Joshua said the attack stole the lives of innocent victims and the only sense of safety the LGBTQ community had in Colorado Springs.

“It means so much because this is our only safe space here in The Springs. For this to get shot up, what are we going to do now? Where are we going to go?” Joshua said, overwhelmed with shock and loss.

“Yeah, we can rebuild and come together. What about those people that lost their lives for no reason? The other 18 that were injured. I could have been one of them. How are we going to feel safe in our city? This was the only LGBTQ+ space in the entire city of Colorado Springs,” he continued. “And now, it’s shattered.”

The suspected shooter is in custody

Colorado Springs Police Lt. Pamela Castro said first responders arrived minutes after the first reports of a shooting at 11:57 p.m. The suspected shooter is in custody and receiving medical treatment after brave patrons subdued him.

“They did locate one individual who we believe to be the suspect inside. At this point in time, the suspect is being treated, but is in custody,” Castro said at an early morning press conference.

Police identified the suspect as 22-year-old Anderson Lee Aldrich. In 2021, a woman reported her son with the same name and age for threatening her with “a homemade bomb, multiple weapons and ammunition.”

Like many other massacres, Club Q may have been prevented if the justice system had taken domestic and gendered-based violence seriously. According to a 2021 study, two-thirds of mass shootings are linked to domestic violence. A man who would threaten to shoot his mother shouldn’t have had access to firearms in the first place.

The FBI confirmed that it was on the scene to assist the Colorado Springs PD in the investigation. The Justice Department confirmed that Attorney General Merrick Garland has already been briefed on the shooting.

A “hate attack” on the LGBTQ+ community

Police officials could not yet confirm a motive, but the club referred to it as a “hate attack” in a social media post.

“Club Q is devastated by the senseless attack on our community. Our prays and thoughts are with all the victims and their families and friends. We thank the quick reactions of heroic customers that subdued the gunman and ended this hate attack,” the statement said.

The club planned to host an “All Ages Musical Drag Brunch” and “Let’s Do Drag” showcase to celebrate Transgender Day of Remembrance on Sunday. The day intended to honor lives lost to anti-transgender violence now carries fresh trauma and grief. Club Q’s website stated it will remain closed until further notice. This year, 59% of known victims were Black.

This tragedy evokes past hate crimes like the mass shooting at Pulse nightclub in Orlando in 2016. Normalized hate, like an Idaho pastor calling for the government to execute gay and transgender people, only emboldens these domestic terrorists.