The Great Days > News > Matt Gaetz is adamant on pushing Jordan to run for House, promises to be ‘very convincing’
News

Matt Gaetz is adamant on pushing Jordan to run for House, promises to be ‘very convincing’ 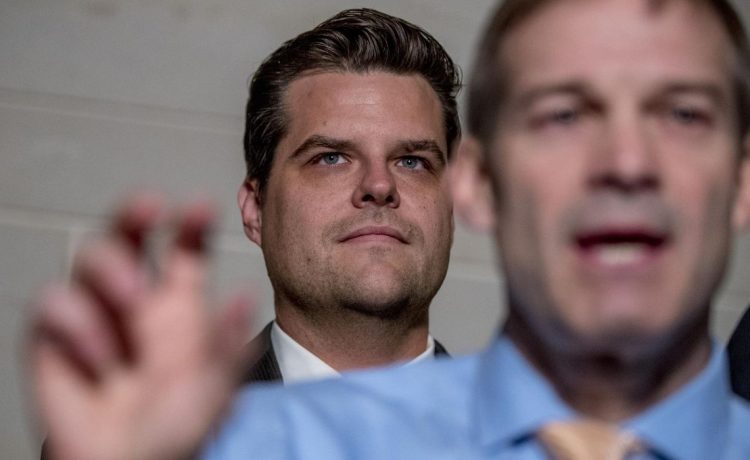 Mr. Gaetz said he and Mr. Jordan speak frequently, and he would seek to convince him to run against House GOP leader Kevin McCarthy of California, whom Mr. Gaetz accused of putting forth “unhelpful” and “unserious” ideas.

Though Mr. Jordan already endorsed Mr. McCarthy and has been firm about not running for the top job, Mr. Gaetz pointed to recent history as evidence that anything is possible.

The draft-Jordan campaign stems from opposition to Mr. McCarthy from within the House Freedom Caucus, a group of about 30 of the more conservative members of the House GOP. The resistance to Mr. McCarthy gained strength from the failure of a red wave election to materialize on Tuesday, giving the Freedom Caucus more leverage despite it accounting for only about 10% of House Republicans.

Mr. McCarthy had already brought Mr. Jordan into his leadership circle by giving him the top slot of the House Judiciary Committee, positioning him to chair the committee in a GOP-run House.

Mr. Jordan has long been floated by conservative commentators as an alternative to Mr. McCarthy. Those close to Mr. Jordan, however, insist the Ohio Republican has no interest in the gig.

“Mr. Jordan wants to be chairman of the Judiciary Committee,” a Jordan spokesperson told The Washington Times.

Most GOP lawmakers are expected to back Mr. McCarthy, and a viable alternative has yet to emerge.

“I hadn’t even heard of anybody running against him. Even Jim Jordan supports him, so I don’t see how McCarthy doesn’t win the speaker’s race next week,” said Rep. Greg Steube, Florida Republican.

Mr. Jordan briefly ran for speaker in 2018, promising a more conservative vision for the party.

He is one of the founders of the Freedom Caucus and helped force out former House Speaker John Boehner from his post in 2015.