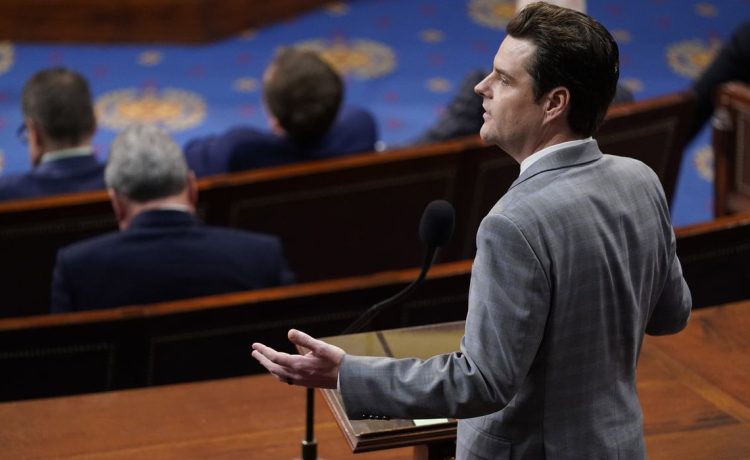 The Florida congressman expressed a distrust of GOP leader Kevin McCarthy, whom he referred to as the “LeBron James of special interest funding” on the House floor.

Mr. Jordan was seen chatting with other members when he was nominated and had no reaction. He shortly left the chamber amid Mr. Gaetz’s speech, which led to other Republican members walking out.

Illinois Rep.-elect Mike Bost briefly interrupted him and addressed the clerk, though most of his comments were inaudible.

Mr. Jordan has expressed no interest in the position of speaker, encouraging his colleagues to support Mr. McCarthy.

Mr. Gaetz has been one of several holdouts against Mr. McCarthy and has expressed no interest in flipping his vote for him.