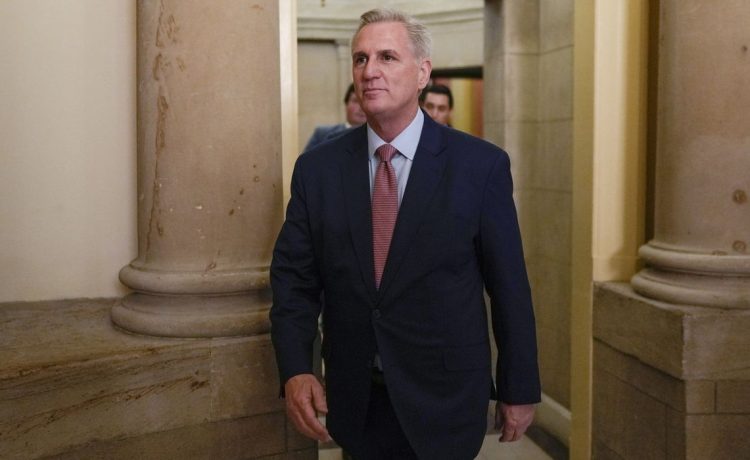 The Florida Republican sent a note Tuesday evening to the architect of the Capitol asking why Mr. McCarthy of California, the Republican leader in the last Congress, is occupying an office reserved for the chamber’s speaker.

“What is the basis in law, House rule or precedent to allow someone who has placed second in three successive speaker elections to occupy the Speaker of the House office?” Mr. Gates wrote to architect J. Brett Blanton. “How long will he remain there before he is considered a squatter?” he asked.

Gaetz sent a letter to the Architect of the Capitol questioning why McCarthy is allowed to occupy the Speaker’s office. pic.twitter.com/gOlXOtlHQj

Earlier Tuesday, the House adjourned after three votes over five hours failed to produce a majority for any candidate for speaker.

In the various votes, 19 or 20 Republicans, led by Mr. Gaetz, declined to vote for Mr. McCarthy, meaning Democratic unanimity let their party leader, Rep. Hakeem Jeffries of New York, finish first, albeit also not with a majority.

Mr. McCarthy retreated to one of the speaker’s offices across from the House chamber to strategize there with fellow Republicans before the House reconvenes at noon Wednesday.

Not so fast, Mr. Gaetz said.

“After three undeciding votes, no member can lay claim to this office,” Mr. Gaetz wrote in his letter.

He asked Mr. Blanton to “please write back promptly as it seems Mr. McCarthy can no longer be considered Speaker-Designate following today’s balloting.”