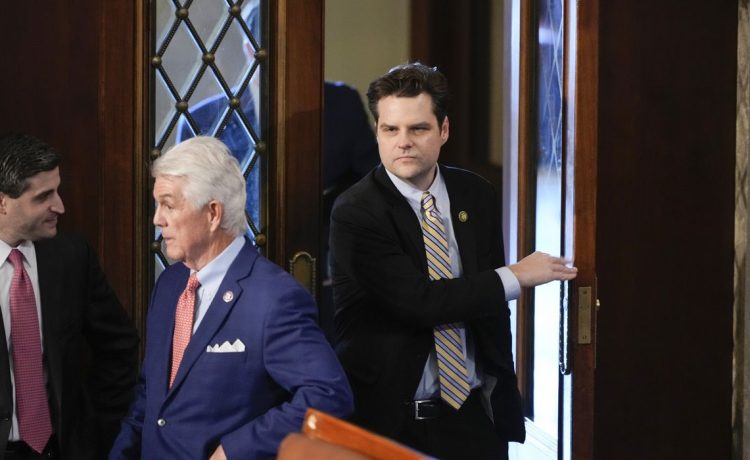 Rep.-elect Matt Gaetz on Thursday voted former President Donald Trump for House speaker during the seventh round of voting by members that again failed to fill the post.

Mr. Gaetz, a Florida Republican who is a leading opponent of House GOP leader Kevin McCarthy, voted for Mr. Trump though a day earlier he criticized the former president for endorsing Mr. McCarthy to lead the chamber.

Mr. Gaetz is one of the 20 conservative defectors who have blocked Mr. McCarthy from the top job and stalled the start of the 118th Congress, including preventing the members from being sworn in for a two-year term.

A key Trump ally, he called the former president’s support for Mr. McCarthy “sad” after he put out a statement reasserting that House Republicans should unify around Mr. McCarthy, California Republican.

“It’s now time for all of our great Republican House members to vote for Kevin, close the deal, take the victory, and watch crazy Nancy Pelosi fly back home to a very broken California, the only speaker in U.S. history to have lost the ‘House’ twice,” Mr. Trump wrote on TruthSocial.

Mr. McCarthy has only been able to secure a high of 202 votes, but it fell to 201 earlier this week when Indiana Rep.-elect Victoria Spartz started voting “present.”

A nominee needs 218 votes or a majority of members voting to secure the speakership.