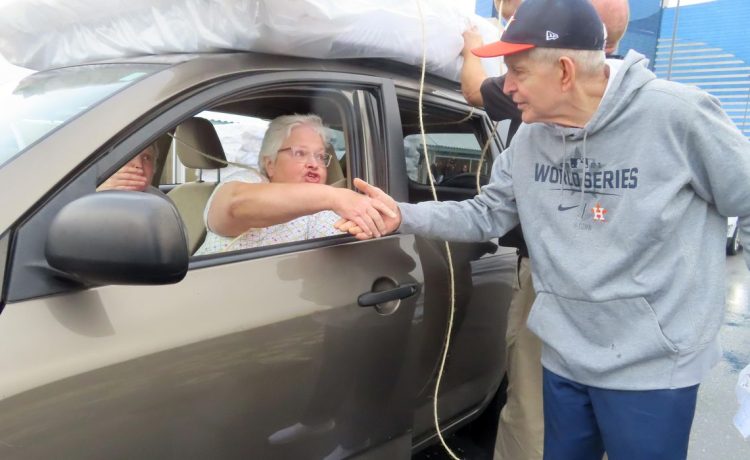 The NFL Divisional Round matchup is neither “Mattress Mack” nor the Cowboys’ first rodeo.

The Cowboys have had eight previous playoff games against the 49ers, including last year’s home wild-card loss where the Cowboys ran out of time after the umpire was delayed in getting the ball after a play.

McIngvale recently lost a $3 million bet when the TCU Horned Frogs failed to cover a +12.5 spread against the Georgia Bulldogs in the College Football Playoff National Championship on Jan. 9 — but won $75 million when the Houston Astros won the 2022 World Series against the Philadelphia Phillies 4-2 on Nov. 5, according to the Daily Mail.

The $75 million win was the largest payout in sports gambling history, according to Bleacher Report Betting.

If McIngvale wins, customers at his Gallery Furniture stores will also win, as they have with his previous public wagers.

To qualify, consumers must “purchase a mattress set from Gallery Furniture priced at $3,000 or more, including Tempur-Pedic, Sealy and Stearns & Foster. If the team from Dallas beats the team from San Francisco on Sunday, January 22, 2023, your qualifying purchase is FREE,” according to the promotion’s page on the store site.

Other winners from McIngvale’s public wagering include Louisiana, where McIngvale places his bets.

He placed his Cowboys wagers at the Caesars Sportsbook in the Horseshoe Lake Charles Casino in Lake Charles, Louisiana, according to the Lafayette Daily Advertiser.

“The publicity from it has been phenomenal. Everywhere I go people ask me about Mattress Mack. This is the kind of marketing you want, but you can’t buy. Every time Mattress Mack makes one of these bets here, it boosts our brand,” Louisiana Gaming Commission Chairman Ronnie Johns told the Daily Advertiser.

The Cowboys game is not the only action McIngvale has going on at the casino — he placed a $2.5 million wager on the Houston Cougars to win the NCAA men’s basketball tournament this year when the casino opened on Dec. 12.