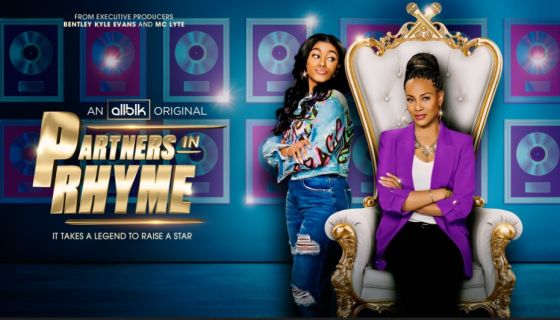 An ALLBLK show starring a trailblazing rap legend has returned and BOSSIP’s got an exclusive clip.

MC Lyte is teaming up with Bentley Kyle Evans (Martin, The Jamie Foxx Show) for season two of her comedy-rap sitcom  “Partners In Rhyme” and in the latest episode it looks like Lana and Boston can’t get on the same page.

This season, viewers of the half-hour sitcom will see what’s new with the”Partners In Rhyme” crew.

A press release reports that things will pick up where they left off.

Fans were left hanging at the end of season 1, as Luscious T (Precious Way, ABC’s Queens) was faced with a major decision…stay in LA with her aunt, Lana Crawford (MC Lyte), or return home to be with her mother, Shay (Tammi Mac, Games People Play). The sophomore season picks up in the aftermath, resulting in deep personal turns for all the character’s relationships, as they are put to the test. Mekhi (Ron G., Insecure, Key & Peele) finally realizes he cannot ride on his sister, Lana’s, coattails forever and attempts to refocus his own goals. High-power label executive Hazel Wilson (Rolonda Watts) returns with more surprises. And with the label’s “cash cow” now in limbo, will she be able to push Lana to begin a new chapter?

As for Boston (Wesley Jonathan, Monogamy), his relationship with Lana undertakes more ups and downs that question where they land as a couple.

Speaking of Lana and Boston, an exclusive clip shows some contention between them—for a ridiculous reason.

On Thursday viewers will see the duo embarking on a road trip to a retreat. What should be a bonding experience is turning out to be a nightmare after Lana notices that Boston’s gas is too low for her liking.

“I thought you said your car could make it to the retreat,” says Lana while urging Boston to stop for gas.

“I know my car,” says a defiant Boston.

“Okay, Boston I’m not comfortable with the amount of gas for YOUR car,” retorts Lana while Boston rolls his eyes.

He of course, however, makes the stop for gas–but will this petty argument fuel a breakup?

New episodes of “Partners In Rhyme” stream Thursdays on ALLBLK.