The Great Days > News > McConnell on remaining GOP Senate leader despite Trump attacks: ‘I have the votes’
News

McConnell on remaining GOP Senate leader despite Trump attacks: ‘I have the votes’ 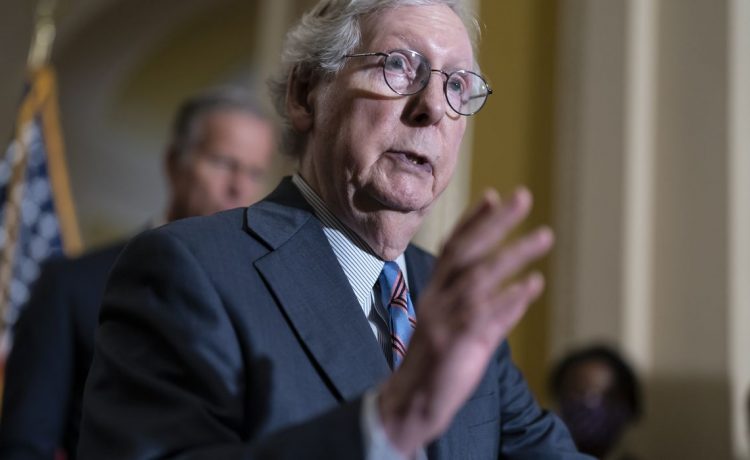 Senate Minority Leader Mitch McConnell is laying to rest the notion from former President Donald Trump that GOP senators will boot the Kentucky Republican from his leadership role.

If re-elected to his post as Senate GOP leader in the next Congress in January, Mr. McConnell will surpass the record of longest-serving party leader in the chamber held for more than 40 years by the late Mike Mansfield, Montana Democrat.

“I have the votes,” Mr. McConnell told CNN in a recent interview.

This is despite Mr. Trump routinely pushing for “The Old Crow” — as the former president calls Mr. McConnell — to be ousted from Republican leadership because of his criticism of Mr. Trump and refusal to back claims the 2020 presidential election was stolen by Democrats.

Even with dissenting views in the Republican Conference about Mr. Trump, Mr. McConnell has maintained loyalty from his members, including his top deputies who would be first in line to succeed him.

“The Old Broken Crow, Mitchell McConnell, is authorizing $9 Million Dollars to be spent in order to beat a great Republican, Kelly, instead of $9 Million Dollars that could be used for Blake Masters, and other Republicans, that with this money would beat their Democrat opponent,” Mr. Trump said in a statement. “Isn’t it ironic?”