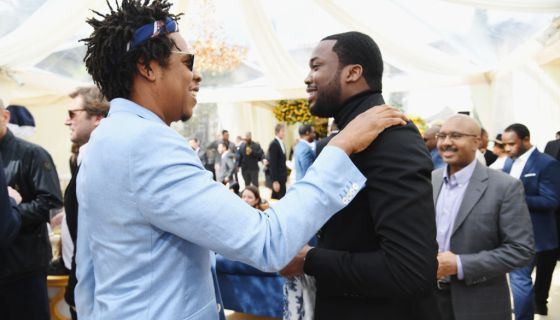 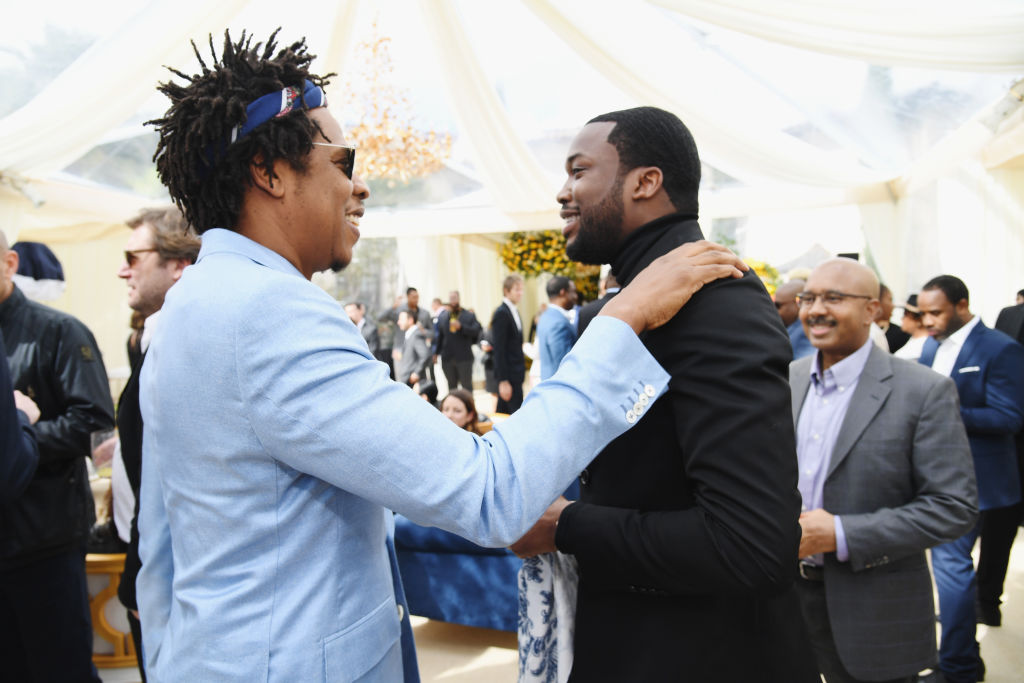 Since 2012, Meek Mill has been signed to Jay-Z’s Roc Nation Management company.

Roc Nation has notoriously been in Meek’s corner, especially when he was unfairly sentenced to four years in prison over a probation violation in a controversial ruling. The ruling also spawned the “Free Meek” movement that saw Roc Nation and others lead the charge that led to the ruling being overturned by the Pennsylvania Supreme Court. Meek would partner with Jay-Z again shortly after his release to create the Reform Alliance. The non-profit was formed to help fight unjust sentencing in America.

Two years after Meek Mill’s Dreamchasers imprint scored a deal with Roc Nation–with Meek serving as President–the rapper has reportedly left Roc Nation. Billboard announced the news and noted that Meek Mill has been removed from Roc Nation’s website and socials. This split comes after months of Meek’s rumored beef with Rick Ross and his last album, Expensive Pain, debuting at #3.

Earlier this year, Meek became vocal on social media about his displeasure with recording contract with Atlantic Records.

“They didn’t put nothing into expensive pain and then said I can’t drop another project for 9 months at the end of my contract after I made them 100’s of millions … How would can anybody survive that… Most rappers can’t speak because they depend on these companies “I don’t,” Meek tweeted.

Meek also accused the label of sabotaging his relationship with Roddy Ricch.

“I made Atlantic records 100’s of millions and let them rape me out Roddy a artist they came to me about in jail… Roddy my youngin still. But that label separated us instantly when the millions came in from him.”

As for what exactly caused Meek to leave Roc Nation, we will have to wait and see as we are sure he will tweet to clear up any misconceptions about the split. Even with Meek leaving as an artist, he still has several other business interests with Roc Nation.